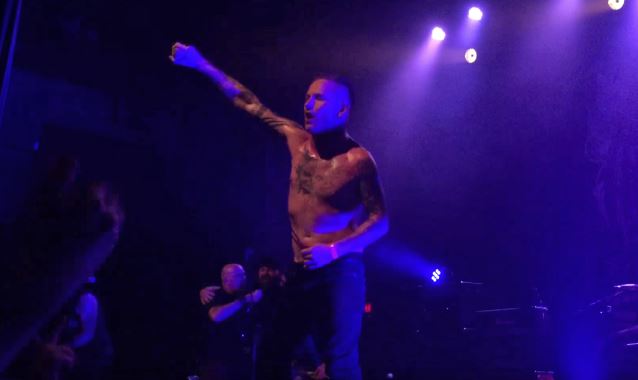 The following musicians were scheduled to perform at last night's event:

* Randy Blythe of LAMB OF GOD
* Corey Taylor of SLIPKNOT and STONE SOUR
* Tommy Victor of PRONG and DANZIG
* Lee Ving of FEAR
* Reed Mullin of CORROSION OF CONFORMITY
* Mick Murphy of MY RUIN
* Phil Rind of SACRED REICH
* Neil Fallon of CLUTCH
* Vic Bondi of ARTICLES OF FAITH
* Aaron Beam of RED FLAG
* Tony Foresta of MUNICIPAL WASTE
* Clifford Dinsmore of BL'AST!
* Tairrie B. Murphy of MY RUIN
* Jonny Webber of THE GHOST OF SATURDAY NIGHT
* Greg Anderson of GOATSNAKE
* Pat Hoed of BRUJERIA
* Karl Agell of CORROSION OF CONFORMITY
* Trenton Rogers of CHAOTIC JUSTICE

15. "Say Goodnight To The Acolyte" 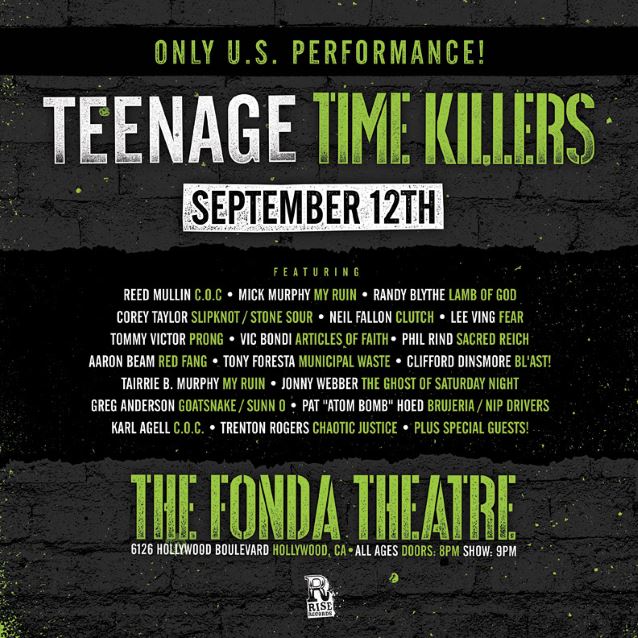