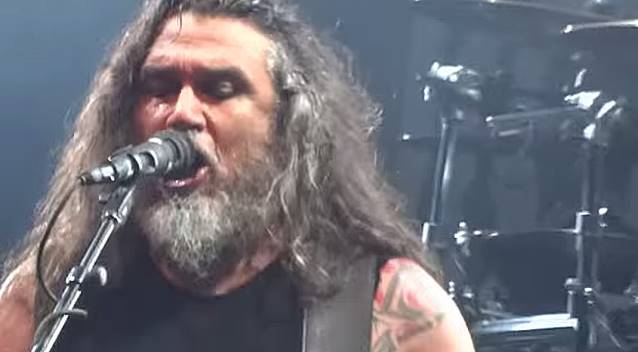 Fan-filmed video footage of SLAYER performing the new song "Implode" on June 15 at a small club near Milano, Italy can be seen below.

Photos of the concert are available at Soundsblog.it.