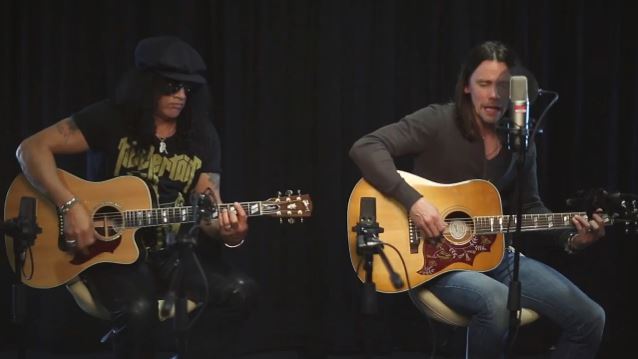 Video footage of Slash and Myles Kennedy performing an acoustic version of the song "Standing In The Sun" for the readers of Classic Rock magazine can be seen below.

The cover artwork for the "World On Fire" album was designed by American contemporary artist Ron English.