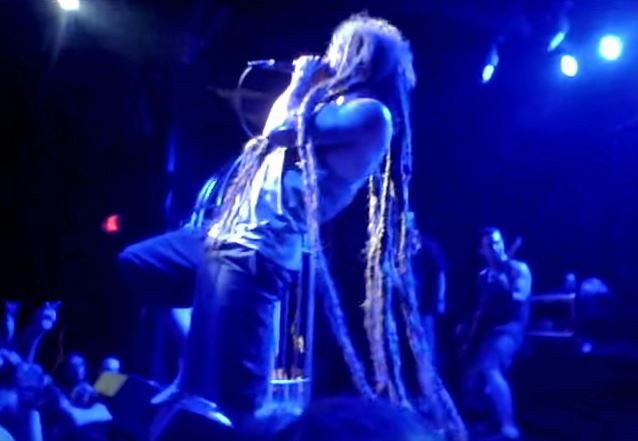 Fan-filmed video footage of SHADOWS FALL's August 22 performance at the Big Kahuna festival in Providence, Rhode Island can be seen below.

SHADOWS FALL last year completed what was being billed at the time as the band's "final" European tour.

The group, which had been touring non-stop for over a decade, had decided that it was time to "take a hiatus" from future extensive touring.

There were many factors that were behind this difficult decision that the band had been dealing with for some time. In a nutshell, it came down to families, member availability, and finances. Further impacting the band's decision was the fact that they have two members with young children. Plain and simple, they wanted to be with their families to watch their kids grow.

In an August 2014 statement, SHADOWS FALL explained: "Touring full time in a band these days has never been more difficult financially. When you have to ensure the future comfort of your family, difficult decisions have to be made. Another reason is the fact that our lead guitarist (Jon Donais) is now in ANTHRAX, which makes it hard for us to do any extensive touring with our full lineup.

"This has been a real hard decision for all of us to make, but we feel at this time this is the right thing to do. We don't hate each other, we're not bitter,;we, in fact, still have a really great time together, but the ride has slowed down and it's time for the next chapters in our lives, whatever that may be.

"For the past decade and a half, we have been able to create the music we have always wanted to hear and share it with music fans everywhere. That being said, you still may see us at a festival or two over the next few years… If they ask, we will come!"

Recorded at Zing Studios in late 2011, "Fire From The Sky" reunited SHADOWS FALL with longtime friend, producer/engineer and KILLSWITCH ENGAGE/TIMES OF GRACE guitarist Adam Dutkiewicz (THE DEVIL WEARS PRADA, ALL THAT REMAINS). The album was mixed by Brian Virtue. 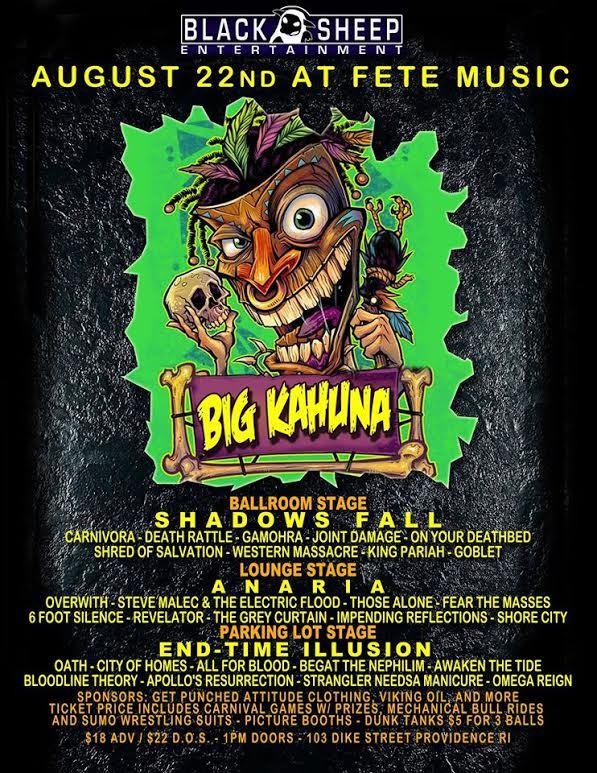