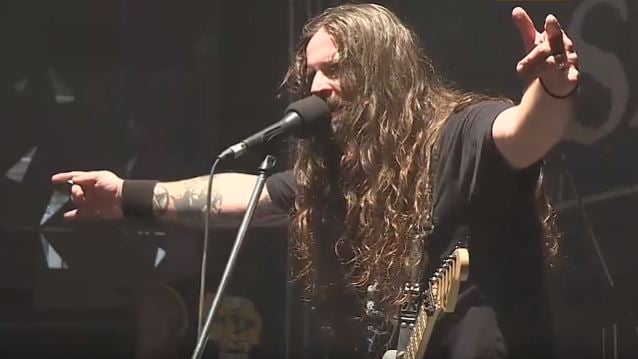 Professionally filmed video footage of Brazilian/American metallers SEPULTURA performing their new song "I Am The Enemy" on October 29 at the Rock Concha festival in Salvador, the capital of Brazil's northeastern state of Bahia, can be seen below. The track is taken from the band's new studio album, "Machine Messiah", which will be released on January 13 via Nuclear Blast. Inspired by the robotization of our society, the disc was produced by the band and Jens Bogren (SOILWORK, OPETH, KATATONIA, AMON AMARTH) of Fascination Street Studios in Örebro, Sweden. The CD's stunning cover artwork was created by Filipino artist Camille Della Rosa.

SEPULTURA guitarist Andreas Kisser stated: "I found the work of Camille Della Rosa during some research I was doing to look for alternative artists to work on the cover of our new album. I had the concept in my mind and the name of the album, 'Machine Messiah', but that didn't matter much since I was looking for different styles and ideas, different artists. When I saw her paintings, I was really impressed by her style, full of colours and meaning, very unique and alive! She comes from the Philippines, a place where we performed some years ago and we could feel the intensity of their culture, very powerful! She has that power in her paintings and drawings!"

He continued: "The main inspiration around 'Machine Messiah' is the robotisation of our society nowadays. The concept of a God Machine who created humanity and now it seems that this cycle is closing itself, returning to the starting point. We came from machines and we are going back to where we came from. The messiah, when he returns, will be a robot, or an humanoid, our bio-mechanical savior.

Kisser added: ""I'm very happy with everything about 'Machine Messiah'. It is a SEPULTURA album but with a new direction and intensity, a new musical challenge, a step forward! Can't wait to show the world our music for the new Messiah coming." 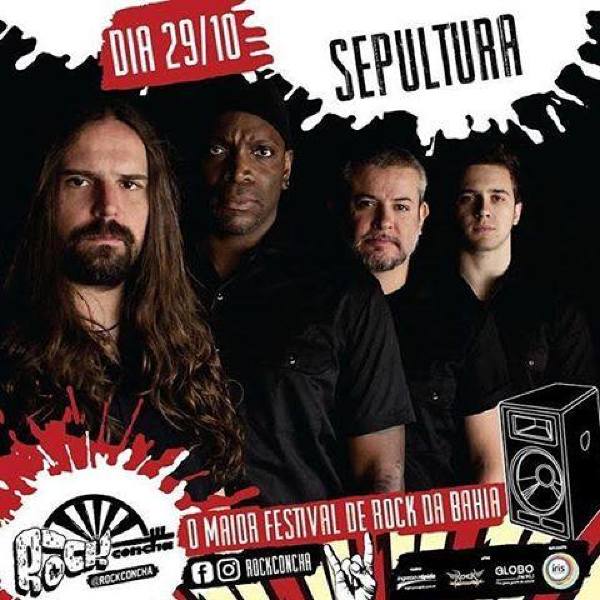