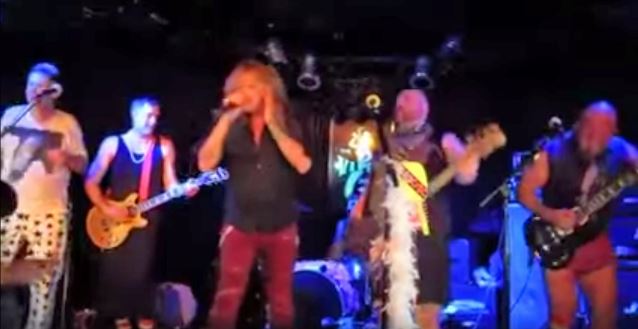 Bach was involved in an infamous 1989 controversy when he donned a T-shirt which read, "AIDS kills fags dead." He told Metal Hammer magazine in a 2006 interview: "I never usually talk about this but I read so much misinformation about it that I'm gonna set the record straight. I never wore no fucking anti-gay t-shirt to an MTV press conference. It's not true. I wore that shirt once in my life. I came off stage in Irvine Meadows in California after PANTERA had opened up for us. When we finished, I was totally hot and sweaty. The guys from L.A. GUNS were all backstage, so I said, 'Gimme a fucking shirt to put on.' Gerri Miller from Metal Edge magazine is there asking for a picture of all of us, so I just pick up this hideous fuckin' shirt that some fan had thrown up onto stage and put it on. We all knew it was the worst shirt of all time. It wasn't some campaign that I went on."

Asked how the media reacted, Sebastian said: "Kurt Loder from MTV, who's gay (and I don't think I'm outing him) got hold of the picture and put in on MTV as a news piece with all the other guys cut out: 'In the land of homophobia, if Axl Rose owns the restaurant and PUBLIC ENEMY are the diners, we have a new bus boy.' It was like I was the anti-Christ. Then Revolver magazine in the States said, 'The most appaling moments in rock: even though Axl Rose got more press, generally Sebastian Bach behaved worse.' Then they said I wore this shirt at a press conference on TV. That's way different to being backstage with L.A. GUNS all drunk and shit and sticking this hideous shirt on. It's complete bullshit." 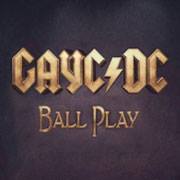