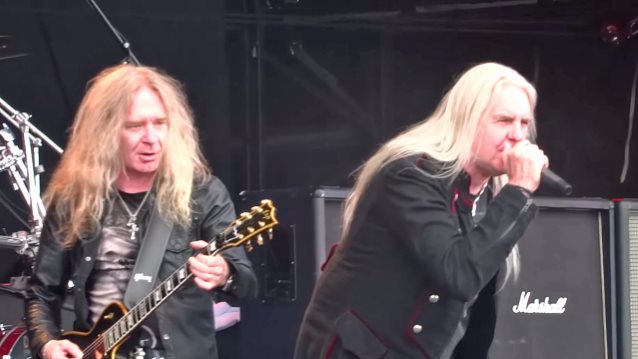 As previously reported, SAXON has set "Battering Ram" as the title of its 21st studio album, tentatively due this fall via UDR Music.

Speaking to the "Metal Hammer Magazine Show"about the musical direction of SAXON's follow-up to 2013's "Sacrifice", the band's frontman, Biff Byford, said: "Some of it is quite brutal, but there's quite a lot of melodic stuff on there as well. Every SAXON album is different to the one before because we like to entertain people and we don't really like to write the same song all the time."

Songtitles set to appear on "Battering Ram" include "The Devil's Footprint", which recounts a tale from the 1600s while another track, "Tax 'Till You Drop", looks at evil of another kind. The CD's title cut is "a bit like 'Heavy Metal Thunder', just a new version," Biff told The Rockpit. "It's about the audience raging at the barriers." Regarding "The Devil's Footprint", Biff said: "[It] is a legend of a couple hundred years ago [when] people woke up with fresh snow and they saw hoof prints on the roof across the lake and they followed it for many miles and it couldn't be explained." As for some of the other tracks on the CD, Biff said: "I'm doing another song about, well I used to be a big chess player, I used to play a lot of chess but not so much these days. So I wrote a song called 'Queen Of Hearts' or 'Red Queen', which is a little bit, 'Alice In Wonderland'-y, a little bit chess-y game. So, a little bit deeper lyrics. There's another one called 'The Drinking Song'."

"I co-produced, more or less, 15 albums with SAXON, so I know how to record," Biff told The Rockpit. "You just have to have a great team — a great engineer and a great band. On this one, I thought I'd give Andy a chance to do everything with the band himself. Obviously, I'm in control of the overall executive duty-type thing."

Speaking about the songwriting process for "Battering Ram", Biff said: "It's a little bit different on this one. We've not written as many songs together on this album. Me and Nibbs [SAXON bassist Timothy 'Nibbs' Carter] have written a few things together, so it's a little bit different than the last, but we're all working together. Doug [Scarratt, guitar] and Paul [Quinn, guitar] have come up with some stuff, and so we can get it on the album as well. A lot of the heavy stuff comes from Nibbs anyway — the actual guitar licks." 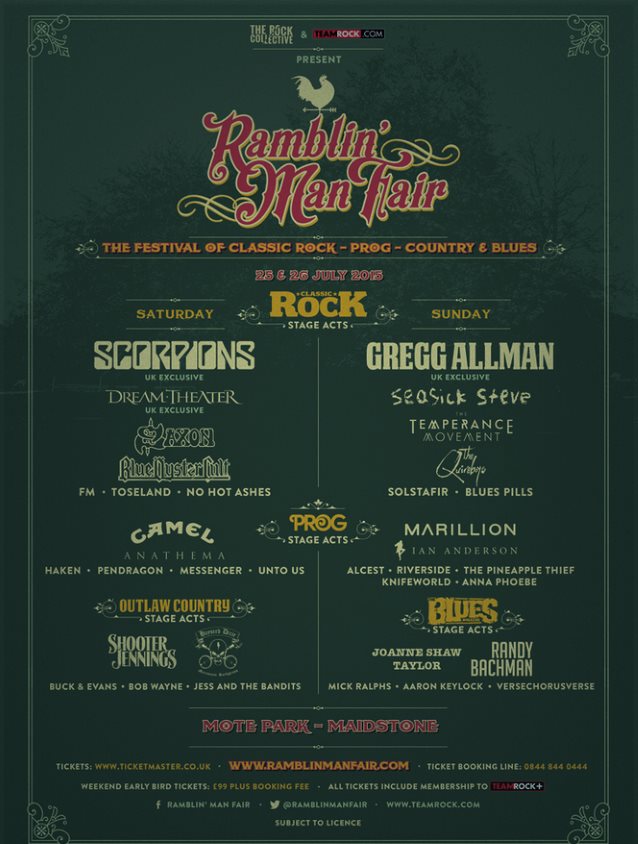