Fan-filmed video footage of New Wave Of British Heavy Metal legends SATAN performing at this year's Muskelrock festival, which was held May 29-31 at Tyrolen in Alvesta, Sweden, can be seen below.

"Life Sentence" is the culmination of a process that began when the original "Court In The Act" lineup got together for an exclusive "one-off" reunion show at Germany's Keep It True festival in 2011 in what marked their first performance together in 28 years. The band was somewhat overwhelmed with the response — 10 minutes into headliners CRIMSON GLORY's set, the crowd could still be heard chanting, "Satan! Satan!" The SATAN bandmembers immediately booked more shows in Germany, Holland, Belgium and London, and have since kept in close contact with each other, writing songs and making demos.

A digipack reissue of "Court In The Act" was made available in November 2008 featuring three bonus tracks. 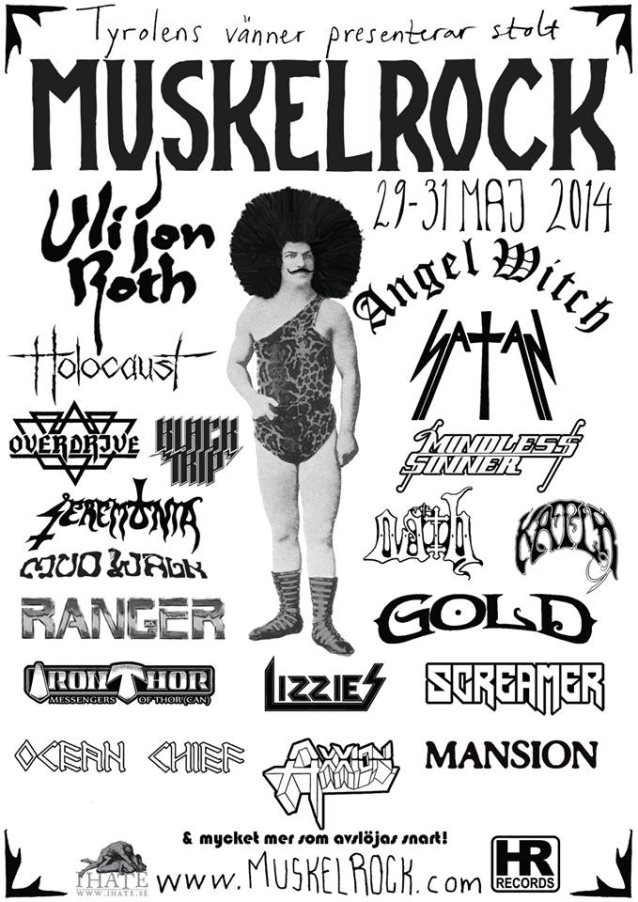