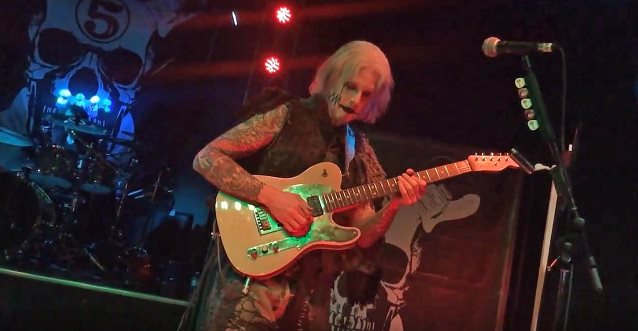 Former MARILYN MANSON and current ROB ZOMBIE guitarist John 5 and his backing band THE CREATURES (bassist Ian Ross and drummer Rodger Carter) kicked off their U.S. tour this past Friday, March 3 at Louie G's Pizza in Fife, Washington. Video footage of the concert — courtesy of "Iron" Mike Savoia of Savoia Concert & Event Photography — can be seen below.

John 5 took a different approach with the release of "Season Of The Witch", choosing to share his new music with fans throughout 2016 by releasing several tracks individually in the form of various music videos. Tracks/videos released include the fast-paced "Black Grass Plague", downtempo, introspective "Behind The Nut Love", hard-rocking "Now Fear This", jazz-fusion marathon "Here's To The Crazy Ones" (featuring a bit of "monkeying around"), heavy metal Claymation shredfest "Making Monsters", and last but not least, the whiskey-soaked "Hell Haw".

"Since music is so visual nowadays, I thought these videos would be the best way to get my music out there, and it seems to have worked — now everybody knows the songs on the record," stated John 5. "I put so much work into this record with the videos, the artwork, the songwriting and the playing — out of my catalog, this is by far my favorite solo record."

John 5 has worked with a varied range of artists, performing as guitarist for some of the biggest headlining rock bands in the world such as Rob Zombie and Marilyn Manson, as well as playing session with Paul Stanley, Rod Stewart, LYNYRD SKYNYRD and more. Slash has called John 5, "one of the most mind-blowing guitarists around" and Rob Zombie has dubbed him "a fucking shredder."

John 5 has written music for the likes of Avril Lavigne, GARBAGE, Ricky Martin and others. "Season Of The Witch" follows his previous solo work, "Careful With That Axe", which landed on the Billboard Heatseekers chart upon its release in 2014. 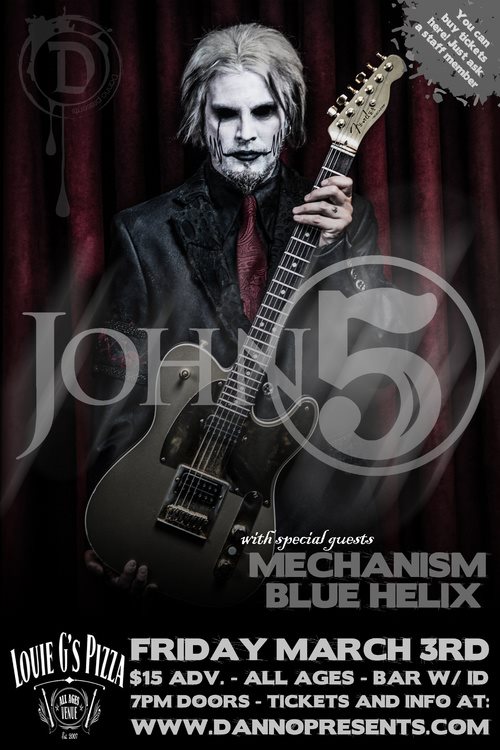