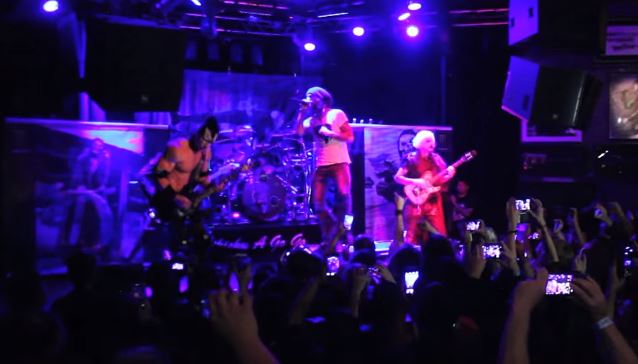 Rob Zombie and former MISFITS guitarist Doyle Wolfgang Von Frankenstein joined John 5 (ROB ZOMBIE, ex-MARILYN MANSON) on stage on Thursday, November 5 at the Whisky A Go Go in West Hollywood, California to play a cover of the MISFITS classic "Vampira". Video footage of the performance can be seen below.

He told Louder Noise that his new studio album will probably come out next March, and that he intends to either shoot a series of videos or a movie to accompany its release.

Doyle's latest album, "Abominator", was made available worldwide on iTunes and all digital music services on July 30, 2013.

The effort, which has been called "perhaps the best MISFITS-related record in over a decade," also featured Alex Story (CANCERSLUG) on vocals, "Left-Hand" Graham on bass and Dr. Chud (MISFITS) on drums.

John 5 celebrated 11 years of solo work with a "Greatest Hits Vol. 1" album. The set includes a live DVD, featuring footage of John 5 in concert. John 5 also released three brand new singles, the first of which came out in October. The album was made available digitally on iTunes and Amazon from October 31, and the physical copy with the DVD will be sold from the official John 5 store from Black Friday (November 27). 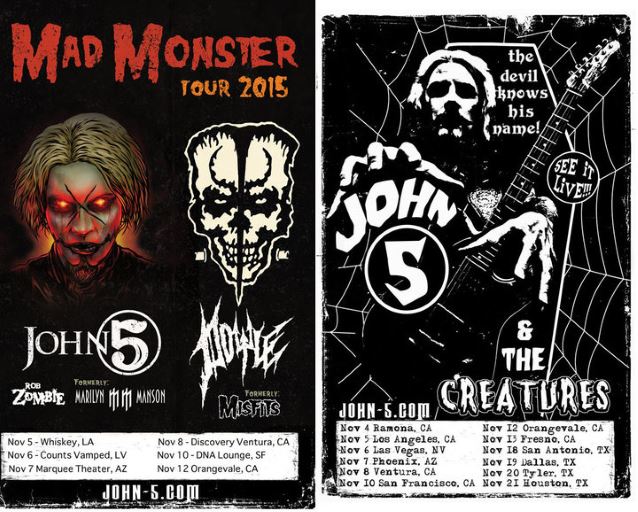