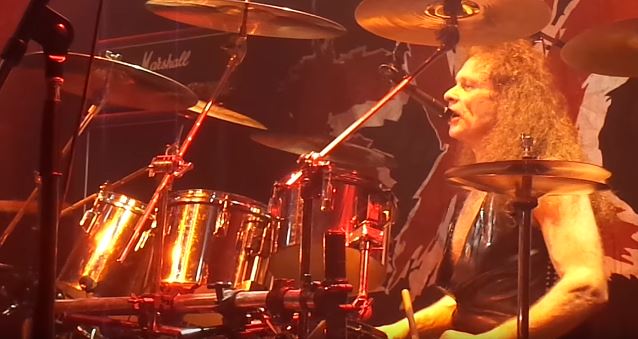 Speaking to the "Talking Metal" podcast in 2014, Ricci stated about how he mended fences with the other original members of EXCITER: "Well, we haven't even spoken about [the issues that caused to have a falling out back in the day]. [Laughs] When we had our [initial] meetings, those topics never even came up. We basically said, 'What happened in the past happened. It's water under the bridge.' But [before we had our initial meeting to discuss the reunion], I very rarely spoke to Allan. I mean, we had no reason to speak to each other for anything, really. But things happened through word of mouth and the media, and 'He said this' and 'He said that.' You don't know what to believe. I mean, are they actually saying things, or is it just fabricated? So at the time, that's the way I felt."

He continued: "I had no idea in 2014 we'd get back together. I'm completely surprised myself. But I think Dan and Allan — and I can't speak for them — they might have a certain level of frustration as well that they really wanted to get back with me and continue the music that we made. 'Cause the three of us have incredible chemistry when we play our instruments. A lot of great bands — I'm not saying we're a great, fantastic band — but a lot of classic rock and metal bands, they have incredible chemistry when you put certain individuals together. So I think Dan and Allan, over the years, realized that, and they probably thought, 'Let's get back together with John and just keep going, having fun and playing our music.'"

Asked if there is still a friendship between the original members of EXCITER or if they are working together purely as business partners, Ricci said: "Our first meeting, when we sat down, we did not discuss business, we just reminisced and talked about the old days and all the fun times that we had. 'Cause, I mean, we toured quite a bit. In 1985, we did a MOTÖRHEAD tour across the U.S., coast to coast, we also did a MEGADETH tour, coast to coast, we played shows with MERCYFUL FATE, we did a couple of shows in upstate New York with ANTHRAX when we were signed with Megaforce. We had a really good time and everything. So our first meeting was just four hours of… You know, we were sitting at a bar, just drinking beer and talking about the old times. So yeah, we're still friends."

He continued: "Our level of dedication to EXCITER, no one has ever questioned it. Yes, we have a difference of opinion on certain business issues, but when it comes to music, we're exactly on the same wavelength — like, our headspace is exactly the same, musically speaking. And it makes it so much easier when you're writing songs, that everyone recognizes everyone else's vision; you don't have to shove down their throat. But, I mean, on the other hand, for the past 20 years I've been continuing EXCITER, in most cases I handle all the band's business dealings. So the same thing will stay — I will be handling a lot of the business stuff. But because we're the original three guys, everyone's opinion counts when it's time to make decisions; I'm not just gonna be railroading those decisions — I'll ask Dan and I'll ask Al their opinion — and we'll move forward with whatever opinion we take." 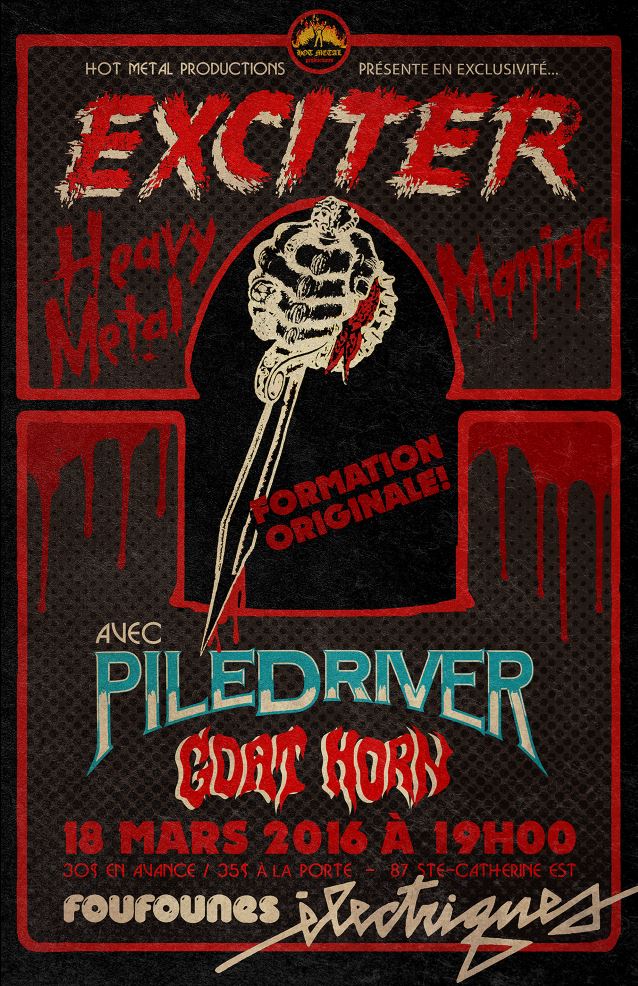