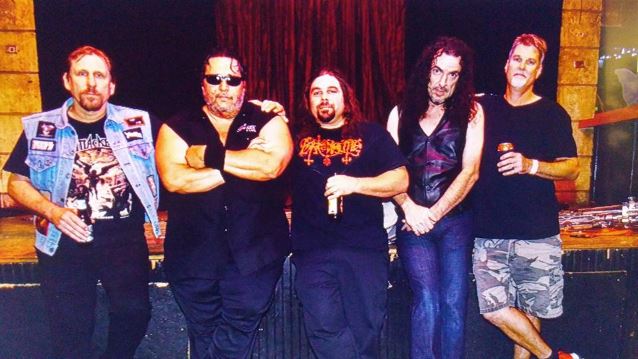 Reunited Florida metal legends NASTY SAVAGE performed this past Saturday night, November 19 at the Crowbar in Ybor City, Florida. Fan-filmed video footage of the concert can be seen below.

The 54-year-old Galletti, a father of two teenagers who produces a television show that has spanned more than 20 years, told the Tampa Bay Times prior to this past weekend's gig: "As you get older in life, you want to reach out to what you had when you were younger

NASTY SAVAGE, which has previously played reunion shows in 2012 and 2014 using various musicians, came back together in early 2016 after Galletti asked Dregischan if he wanted to get the band back together and start writing new music.

"I didn't even hesitate for a moment, and answered, 'Hell yeah!'" said Dregischan. "NASTY SAVAGE 2016 began to blossom and I am stoked beyond belief."

The reformed band will next perform at the Famine Fest in Portland, Oregon in February 2017.

NASTY SAVAGE rose to popularity in the mid-1980s primarily due to Galetti's over-the-top stage performances (in early shows Ronnie would smash television sets over his head). After landing a deal with Metal Blade Records, the band released three full-length albums and an EP between 1985 and 1989. NASTY SAVAGE split up a short time later and played some reunion shows in the late 1990s.

NASTY SAVAGE's "comeback" album, "Psycho Psycho", was released in Europe in March 2004 through Metal Blade Records. The CD contained 12 songs in total, including a new version of the demo classic "Savage Desire".

On February 26, NASTY SAVAGE's self-titled debut album as well as its follow-up effort, "Indulgence", will be reissued. Both albums will be available on vinyl as well as on digi-CDs. The "Indulgence" CD will feature the four songs of the "Abstract Reality" mini-album as a bonus.

The NASTY SAVAGE vinyls will be released with 400g heavy cardboard spine sleeves (inside out print), 60x60cm artwork posters and 250g inserts. 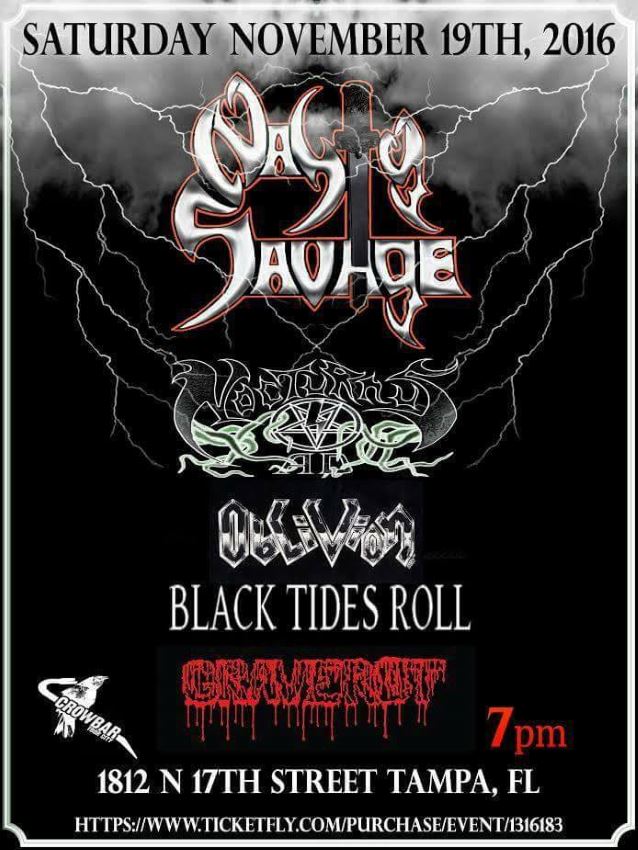