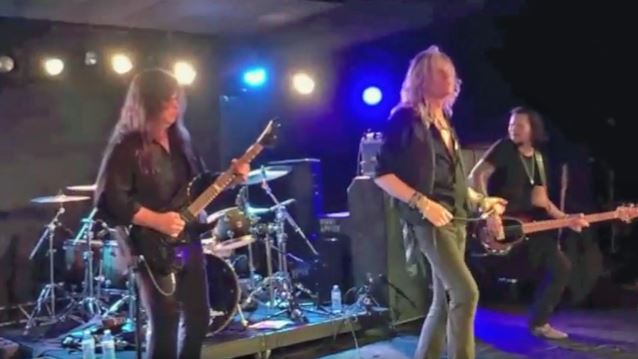 Fan-filmed video footage of RESURRECTION KINGS performing on May 6 at Brick By Brick in San Diego, California can be seen below.

Everything began with a set of demos Goldy recorded with singer West, a guy with an unbelievable set of pipes.

West said: "It started about five years ago when Craig Goldy contacted me and said he'd like to do something, do a project. 'Let's get together and write.' Because we had played together, doing some covers in an all-star thing called the HOLLYWOOD ALLSTARZ."

Added Goldy: "I was contacted by Serafino [Perugino], the president of Frontiers. He wanted to do an album with famous guys from the '80s, and I was absolutely flabbergasted that they came to me for it, so I was more than happy to say yes."

Said Appice: "Craig told me he was doing this project and he needed somebody to play drums on it, and he'd love for me to come check it out. He played me a couple of songs, I loved it, so I said, 'Yeah, I'll do it.' So I laid all the drum tracks down, sent them back, and I thought it came out great."

Frontiers in-house writer and producer Alessandro Del Vecchio (REVOLUTION SAINTS, HARDLINE, RATED X) offered his services to the band and wrote (or co-wrote with Goldy) a few tracks to round out the material that was available.

Regarding the songwriting process for RESURRECTION KINGS' debut CD, Goldy said: "Originally, I had the music [for the song 'Living Out Loud']… I had learned the hard way that you've gotta start off with a good groove, and then you come up with a cool riff and then you come up with some simple chord progressions and then a melody line. And then, once the melody line is established, and we're starting to work on lyrics, that's when you can go back and kind of mess with the chords and stuff to make them more interesting. But we kind of had the outline of the song already, and then I presented that to Chas and him and I just started doing the process that's supposed to be. The first thing he did is just start improvising, what came naturally. So it came from his heart and it came from his talent."

Goldy also spoke about some of the other tracks on RESURRECTION KINGS' debut album which were written by producer Alessandro Del Vecchio. He said: "[Alessandro] is an amazing songwriting [and] a great producer, a keyboard player. I think he plays guitar and stuff as well. He's a great singer too. I can't wait for people to hear how he sings. So some of the demo versions already had vocals, drums, bass and guitar on them. So we would learn the songs, and then we'd do them our way. It was something Alessandro and I called 'Goldy-izing.' 'Cause we would get these demos, and they'd be kind of in an odd kind of shape, and so I would Goldy-ize it and turn it into something that I thought would be more interesting. Once Vinny and Sean got ahold of these songs, they really came alive. 'Cause a lot of the times, songwriters will write demos to drum machines, which is fine, 'cause it's just basically a sketch, and then you turn that sketch into an oil painting. And so when Vinny and Sean got ahold of these songs, it really came alive. So that gave me automatic inspiration on top of a great song that Alessandro had already written."

The cover artwork for "Resurrection Kings" was designed by Stanis-W Decker. 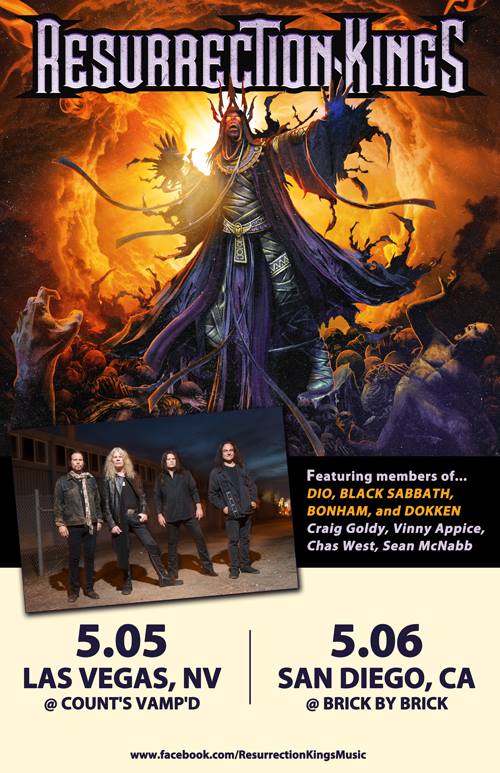