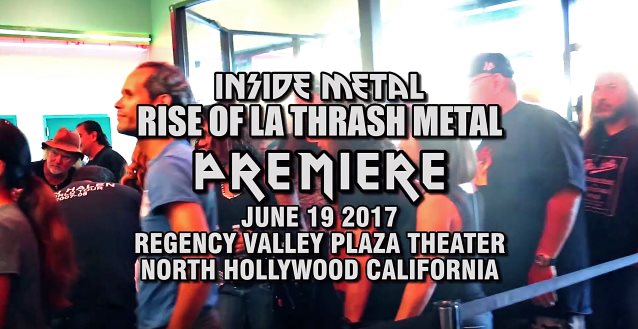 A three-minute video recap of the June 19 premiere of "Rise Of L.A. Thrash Metal", the third title in the "Inside Metal" series, which was held at the Regency Valley Plaza 6 Theater in North Hollywood, California, can be seen below.