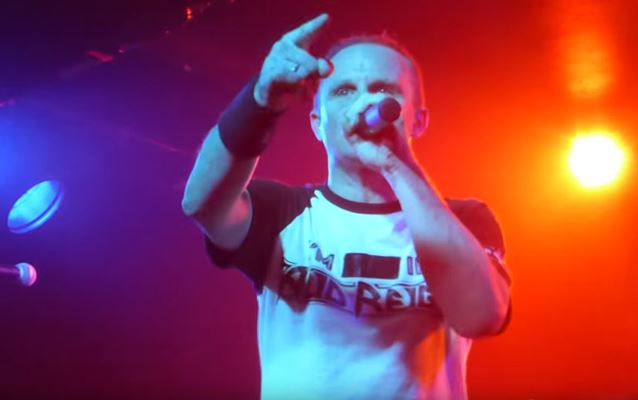 Multi-camera video footage of reactivated U.K. thrashers ACID REIGN performing on October 3 in Manchester can be seen below.

ACID REIGN vocalist Howard "H" Smith had this to say about "Plan Of The Damned" and the honor of having Laurie Lipton cover art: "I have been a fan of Laurie's for years and I thought I'd fire off an email to her manager to see if there was any way she would even consider letting us use one of her pieces. Half an hour and three emails later from Laurie herself and she had given us permission! To say that we are happy with this would be a huge understatement; it captures the spirit of the song perfectly and is a stunning piece of art, as all of her works are.