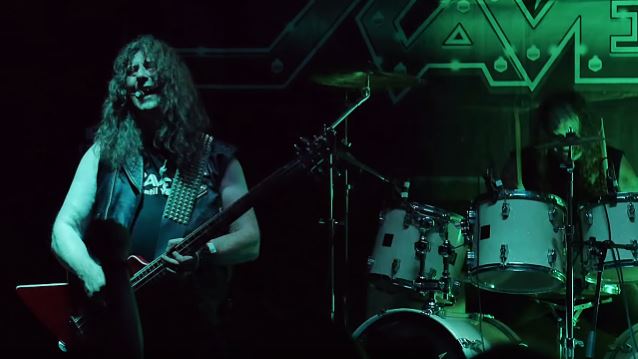 Fan-filmed video footage of RAVEN's August 28 concert at Nihil Gallery in Brooklyn, New York can be seen below.

RAVEN's new album, "ExtermiNation", was released in April via SPV/Steamhammer. The effort was made available as a digipak version (including one bonus track), 2LP gatefold green vinyl version and as a digital download.

RAVEN raised more than $27,000 in a Kickstarter crowd-funding campaign to finance the recording of its new studio album. The band recorded a full-length covers CD titled "Party Killers" that was given away as an exclusive Kickstarter reward for backers. The group also offered exclusive t-shirts, patches, and a seven-inch vinyl single via the campaign.

"We have a good relationship with our record company, SPV, but this [was] gonna cost about twice as much as the last one due to the extra rehearsals. 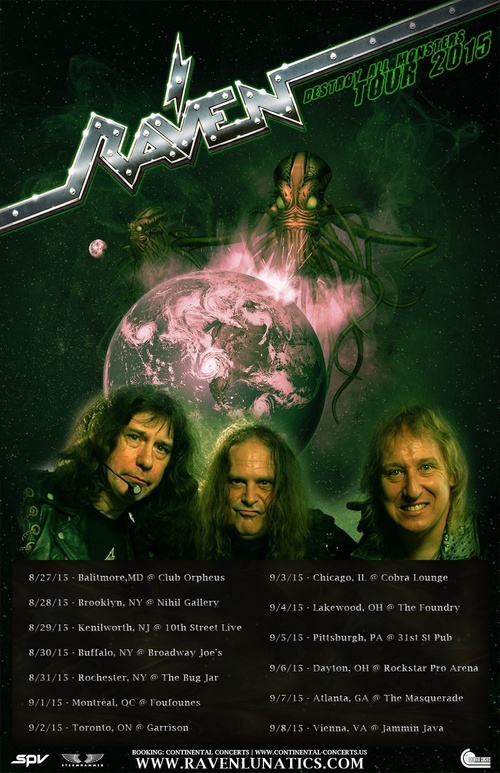