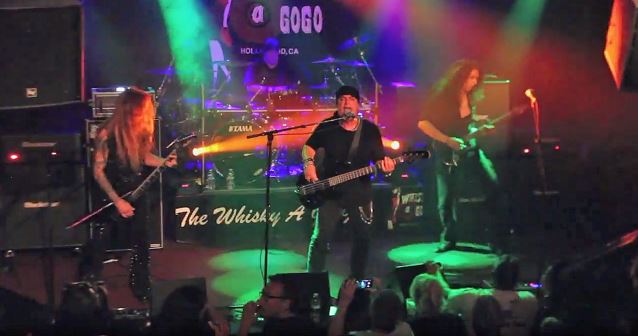 Video footage of Juan Croucier (RATT) and his new band performing the classic RATT song "Nobody Rides For Free" on April 29 at the Whisky A Go Go in West Hollywood, California can be seen below (clip filmed by Jake Perry).

Blotzer and RATT guitarist Warren DeMartini are the only remaining shareholders in WBS, Inc., the company which manages the business and operations related to RATT. In its request for a TRO, WBS — with Blotzer acting as both chairman of the board and president — claimed that Croucier formed his own band in early 2015 called "Juan Croucier's RATT's" and began using the RATT logo "on all advertisements, web sites, merchandise, marquees, fliers, and record jackets… Croucier also began referring to himself as 'The Other Voice of RATT,' even though… he was never the lead singer of RATT."

Blotzer alleged in his latest application, which was filed on April 4, that "WBS attempted, in good faith, three different times (August, September, and October of 2015) to get Croucier to end his infringing use of the Marks. WBS even gave him the option to refer to himself as 'formerly of' or 'former member of" RATT. However, Croucier ignored these requests and continued his infringing ways."

In his opposition to Blotzer's application for a temporary restraining order, Croucier's attorney wrote: "This action is part of an attempt by RATT's drummer Robert Blotzer to perpetrate a fraud in order to unilaterally take and use the trademark 'RATT' despite his being at most a partial owner of that mark.

"Juan Croucier is a founding member of RATT who co-wrote and performed on some of the band's biggest hits, sang lead vocal parts on RATT songs, (e.g., 'You Think You're Tough' and 'Lack Of Communication') and was the only member of the band that could sing many of the demanding harmony parts sung in the studio and all of the dominant high harmony parts during live shows. As such, he has been known as 'the Other Voice of RATT' and has been using that phrase on the cover page of juancroucier.com since 2007 or 2008. Mr. Croucier is a member the RATT Music Partnership with other band members that owns the publishing rights in the songs. Notably, Blotzer is not a member of the RATT Music partnership, as he was not involved in writing the band's hit songs — he just played drums."

"Croucier's use stands in stark contrast to the use of the Mark by Blotzer, who is improperly holding his new cover-band out as 'RATT.' While Mr. Blotzer may not like the competition from his former band-mate, that does not give him (let alone WBS) the right to stop Croucier from performing RATT songs that he wrote and has every right to perform under a band that he is in no way holding out as RATT."

Pregerson denied Blotzer's request on April 7, finding "given the uncertainty regarding ownership of the marks, Plaintiff has not demonstrated a likelihood of success on the merits."

The judge previously denied Blotzer's application for a TRO in the case in October 2015 and ordered the parties to mediation.

DeMartini filed a lawsuit in September 2015 against Blotzer, claiming that the drummer is falsely advertising his "tribute band" as the real thing. That dispute is still pending in California state court. 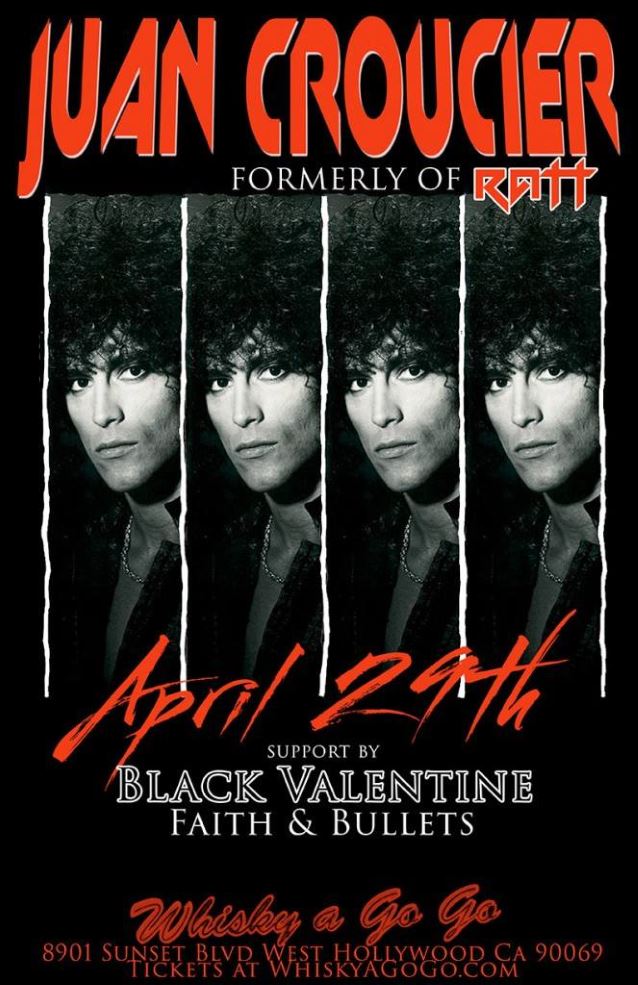