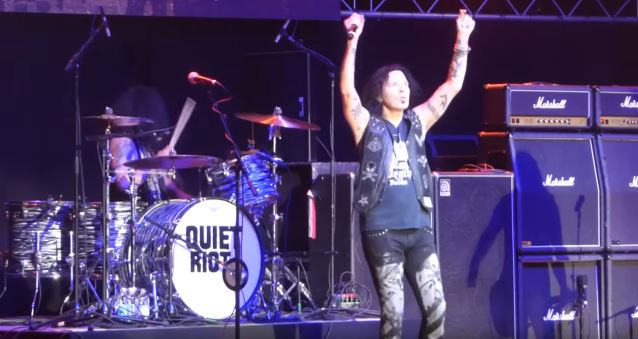 Fan-filmed video footage of QUIET RIOT's April 30 performance at the M3 Rock Festival at Merriweather Post Pavilion in Columbia, Maryland can be seen below.

"There is the misconception that Jizzy is the fourth [QUIET RIOT] singer [since the band reformed in 2010]," Banali said. "He's actually the third. We hired Mark Huff and let him go and I asked my friend and former MONTROSE singer Keith St. John to fill in for three shows that we had on the books. That hardly qualifies him as a singer for QUIET RIOT. We then hired Scott Vokoun and subsequently also let him go. That's where the real story begins when we asked Jizzy Pearl to come on board. After giving to unknowns the opportunity, we went with a pro. Jizzy is the real deal."

He continued: "I am very conscious of Kevin's [DuBrow, late QUIET RIOT singer] legacy and the legacy of QUIET RIOT as I continue this journey. You can never replace a singer or performer like the late, great Kevin DuBrow who was the total rock and roll package. He was also my best and closest friend, so that plays into it as well. To me it has to sound like QUIET RIOT, though not exactly as it was with Kevin, but it still has to have that 'sound' and energy. Jizzy is doing a fantastic job of keeping the spirit, music and sound of Kevin's vocals while bringing his own sound to the band which blends really well."

"Quiet Riot: Well Now You're Here There's No Way Back", the feature documentary on QUIET RIOT, was released last year. It is described as an inside look at Frankie's road to recovery after losing DuBrow as he forges ahead to conquer his loss, regain his life and put the band back together. 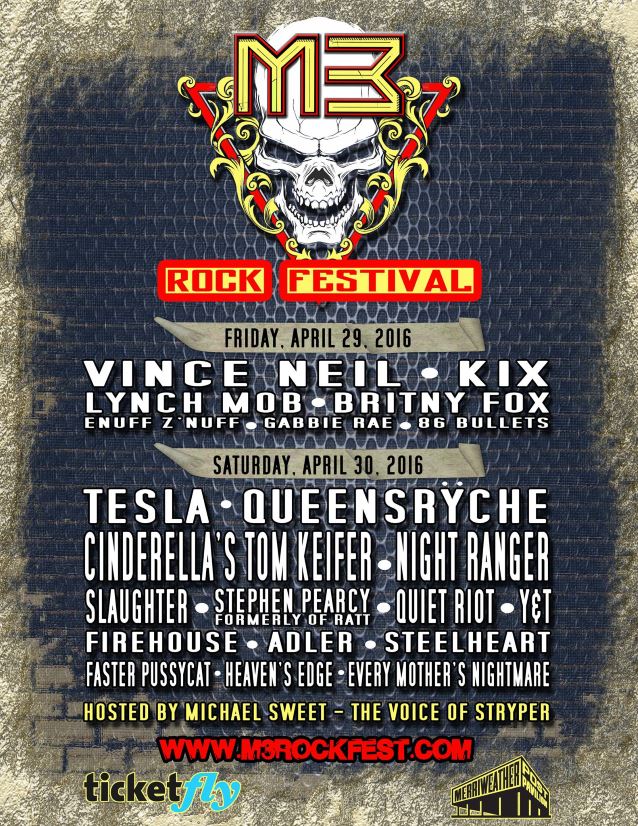