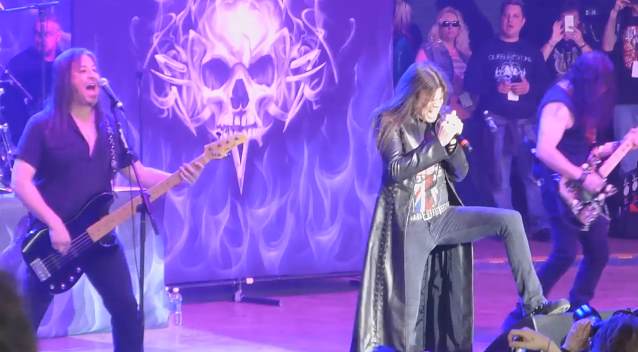 Fan-filmed video footage of QUEENSRŸCHE's April 26 performance at the M3 Rock Festival at the Merriweather Post Pavilion in Columbia, Maryland can be seen below.

The joint press release that the band and Tate have released to select news outlets reads as follows:

"We wanted to let QUEENSRŸCHE fans around the world know that an amicable settlement has been reached between Eddie Jackson, Scott Rockenfield, Michael Wilton and Geoff Tate with regard to the future of the QUEENSRŸCHE name. According to the agreement, original QUEENSRŸCHE members Eddie Jackson, Scott Rockenfield and Michael Wilton along with recent members, Todd La Torre and Parker Lundgren, will now be the sole entity recording and touring as QUEENSRŸCHE, performing selections from their entire musical catalog that spans over 30 years of material. Original QUEENSRŸCHE lead singer Geoff Tate will continue to record, perform and pursue a variety of other creative endeavors and, as part of the agreement, will have the exclusive rights to perform 'Operation: Mindcrime I' and 'II' in their entirety as a unique performance. Both sides wish each other well and are excited about what the future holds. We want to thank the fans for standing beside us through this ordeal and look forward to sharing our music with you for years to come."

The QUEENSRŸCHE corporate assets will be evenly divided among Wilton, Jackson, Rockenfield and Tate.

According to The Seattle Times, Tate will embark on a brief QUEENSRŸCHE "farewell" tour this summer before launching a new chapter his career.

"It's the rebirth of QUEENSRŸCHE and the way it used to be," Wilton told The Seattle Times. "We're rebuilding the QUEENSRŸCHE name."

Added Tate: "One thing that's really important for people to understand is that this never went to court. They [Wilton, Jackson and Rockenfield] bought the name from me. But I retain 'Operation: Mindcrime'. It's sort of similar to the PINK FLOYD situation where Roger Waters retained 'The Wall'. 'Mindcrime' was my thing and my story, so it's appropriate that I keep that. So they will continue on as QUEENSRŸCHE, and I will continue on as me."

Wilton recently revealed that QUEENSRŸCHE is continuing work on material for the follow-up to last year's self-titled effort. "We've already begun the process for the next album," he said. "We have probably six songs demoed so far. We're taking it in a direction suited to what we do as QUEENSRŸCHE but maybe a little more progressive and heavier. The thing is, you never know what you really have until it's complete. It's like carving a piece of clay and seeing how it turns out. You peel off the layers until you get to something really cool."

"Queensrÿche" marked the debut release from the lineup comprised of La Torre (vocals; ex-CRIMSON GLORY), Wilton, Parker Lundgren (guitar), Jackson and Rockenfield. The drums for the album were recorded at London Bridge Studios in Seattle, Washington with producer James "Jimbo" Barton — the man who engineered and mixed the band's classic 1988 LP, "Operation: Mindcrime", and its 1990 follow-up, "Empire", and co-produced 1994's "Promised Land". The rest of the music and vocals were laid down at several different facilities on the West Coast. The cover artwork was created by Craig Howell, who has previously worked on designs for "Star Wars", SLIPKNOT and "American Idol", to name a few. 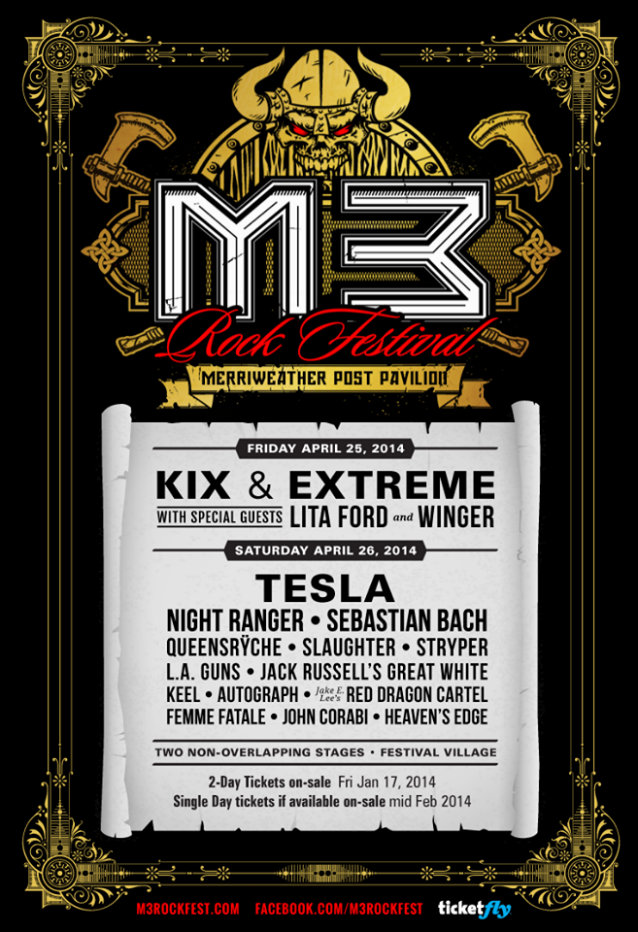