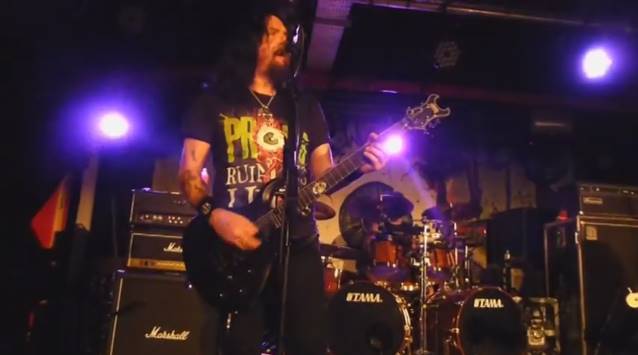 A two-camera mix of PRONG performing a brand new song, "Turnover", on April 2 in Manchester, England can be seen below.