Fan-filmed video footage of PROJECT ROCK (formerly ROCKSTAR) — the new band featuring former and current members of JUDAS PRIEST, ALICE COOPER, OZZY OSBOURNE and AC/DC — performing on April 11 at the Milo Concert Hall in Novgorod, Russia can be seen below.

PROJECT ROCK is putting the finishing touches on its debut album. The band's lead singer, Tim "Ripper" Owens, told Eric Blair of "The Blairing Out With Eric Blair Show" at the March 17 exclusive VIP listening party for the Ronnie James Dio tribute album "This Is Your Life" and awards gala at the Avalon in Hollywood: "I'm finishing an album with PROJECT ROCK with Keri Kelli and Rudy Sarzo and Teddy 'Zig Zag' [Andreadis]. Keri Kelli is talented. I mean, that guy, I love to work with Kerri. He's funny because he has so much enthusiasm. And we write these songs together, and he sends back the finished demo, and it's, like, 'Holy crap!' Our demo sounds like it's a real CD. Keri's great."

PROJECT ROCK had already completed two tours of Russia where it played classic songs from the bandmembers' respective bands.

"Here's To Us", the first-ever original song written and recorded by PROJECT ROCK, was premiered last October on "Drive Time Morning Show with Evgeny Shtoltz". 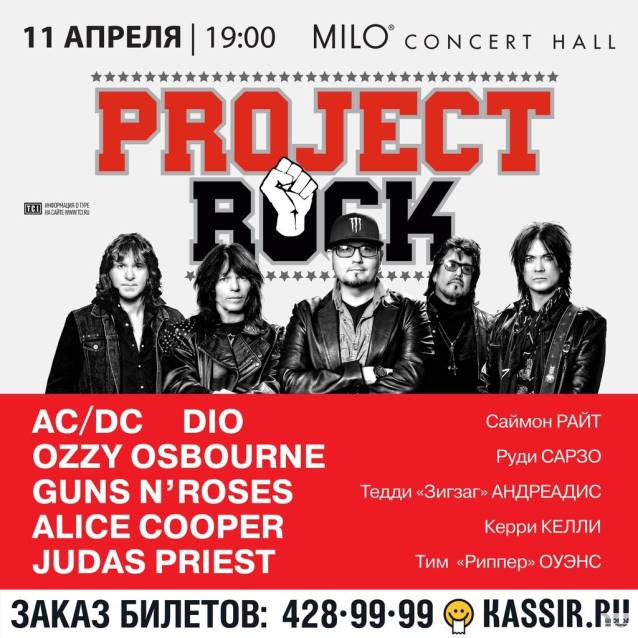