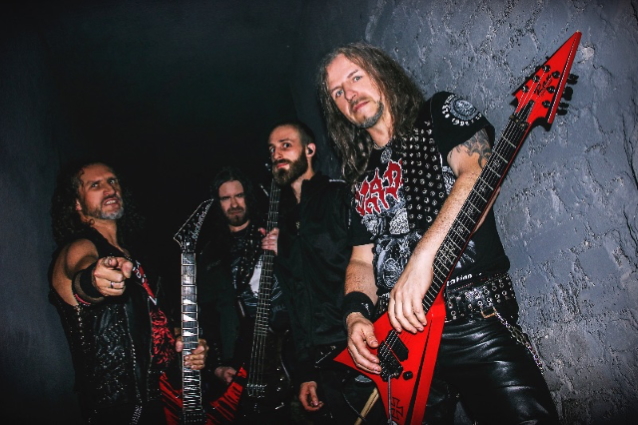 Polish death metal metallers VADER will release their 16th studio album, "Solitude In Madness", on May 1 via Nuclear Blast.

The official music video for the disc's latest single, "Into Oblivion", is available below. The clip was directed by Grupa 13, which has previously worked with BEHEMOTH.

VADER leader Piotr "Peter" Wiwczarek comments: "Humanity never learns from its lessons. I feel tensions continuing to rise around the world. People have forgotten about true pain, from a bigger picture standpoint. Generationally, the new generation doesn't respect the old, and I'd challenge they don't even respect themselves. Our everyday lives are on TV, so there's no soul left. Everything's empty. I think technology is also sucking the human out of us. There are more lonely people now than ever before, and yet we're supposed to be connected together by technology. It's madness! That's where the title, 'Solitude In Madness', came from, actually. Of course, I approach these topics in a very VADER way. I love telling stories and expressing myself through those stories."

For "Solitude In Madness", VADER went outside its comfort zone to Grindstone Studios in Suffolk, England, where the band teamed up with one-stop shop Scott Atkins to engineer, produce, mix, and master for four weeks in summer 2019. The album artwork was created by Wes Benscoter (AUTOPSY, CATTLE DECAPITATION). 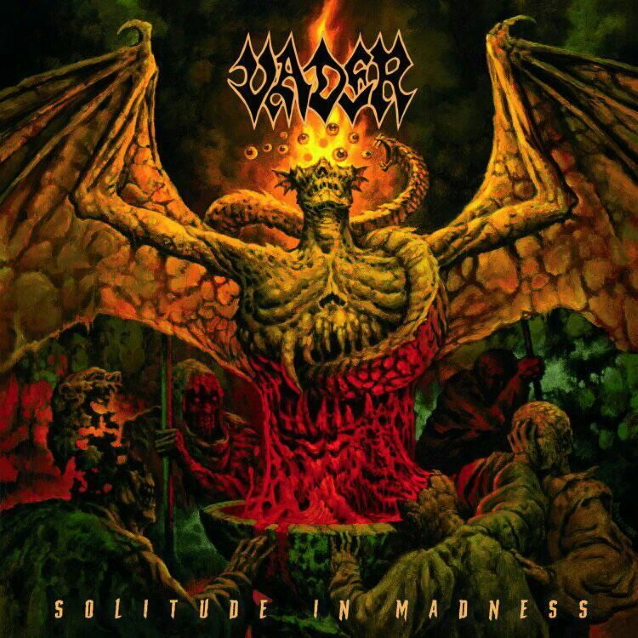