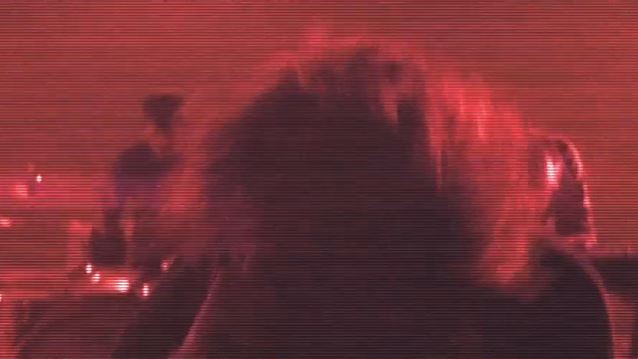 "Alien", the new video from THE DEVIL WEARS PRADA, can be seen below. The clip sees the band reuniting with director Casey Pierce, who crafted the group's abstract "Planet A" video this past summer.

"Alien" is the second music video from THE DEVIL WEARS PRADA's latest EP, "Space". Visually, "Alien" features a chilling and rapid-fire cinematic barrage of alien sightings, evidence, contact and abduction, played out in front of PRADA's fast, pummeling and hard-hitting soundtrack. The aliens, on the hunt for their human specimen, zero in on a young woman who is abducted and suffers terrifying treatment onboard their craft.

"When we first started talking about what would become the 'Space' EP," explained singer Mike Hranica, "we knew that the one song that had to be on it was 'Alien', a gnarly song that was about an alien attack."

"Space", released August 21 via Rise Records, is a six-track collection of thematic songs that each explores a different point of view of space and those things that exist outside the Earth's province — the sun, the moon, aliens, asteroids, and the interstellar space explorer.

THE DEVIL WEARS PRADA is currently co-headlining the "Apollo X" U.S. tour with MOTIONLESS IN WHITE and performing the "Space" EP in its entirety.