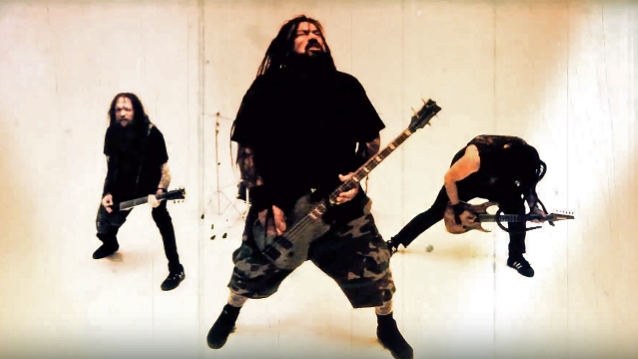 San Francisco Bay Area metal veterans SKINLAB have released the official Josh Vargas-directed music video for the song "Dead Tomorrow". The track, which was recorded with Juan Urteaga at Trident Studios, is taken from the band's upcoming fifth studio album, which is tentatively due in 2019 via Art Is War Records.

Earlier in the year, SKINLAB announced the return of guitarist Steve Green, best known to fans as Snake. Snake remains a member of THE DEVIL IN CALIFORNIA, with whom he's been performing since 2015.

SKINLAB has had different lineups throughout its history, with vocalist/bassist Steev Esquivel and drummer Paul Hopkins as the only mainstays.