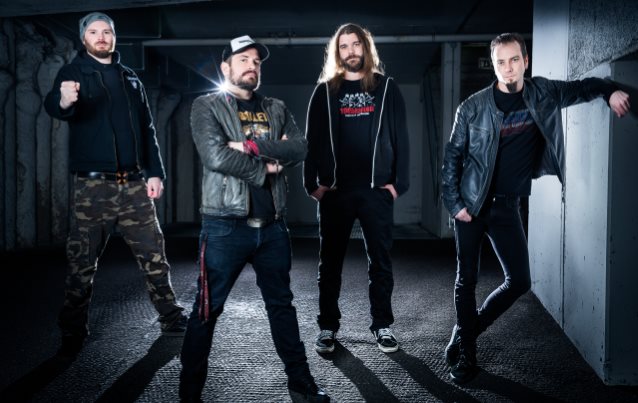 "Metalizer", the new live performance video from German thrash metallers PERZONAL WAR, can be seen below. The song is taken from the band's latest studio album, "The Last Sunset", which came out on June 23 via Metalville Records.

As the band triumphantly gravitate towards their 20th year together, the long-awaited follow up to 2012's "Captive Breeding" sees the quartet at the top of their game.

Recorded at Gernhart Studio in Troisdorf, Germany with drummer Martin Buchwalter at the controls (Buchwalter's credits include working with and recording albums for DESTRUCTION, SUIDAKRA, TANKARD), "The Last Sunset" is the most versatile album of the band's career.

Beneath well-known PERZONAL WAR hooks and riffs, for which the band have been highly praised by the press, fans can expect the band exploring new sounds as well.

"When compared to previous PERZONAL WAR releases, 'The Last Sunset' goes a bit back to the roots," says vocalist Matthias Zimmer. "We set out to create a good balance of heavy riffing and great melodies and took a more straight-to-the-face approach rather than a technical one."

Albums such as "Different But The Same" (2002) and "Faces" (2004) put the group on the map and displayed the big influence that bands like METALLICA had on the PERZONAL WAR sound.

PERZONAL WAR have found their own ultimate mixture of staying true to their roots but still evolve and walk through life without blinders, and their fresh, modern style befit fans of IN FLAMES, SOILWORK and MERCENARY. 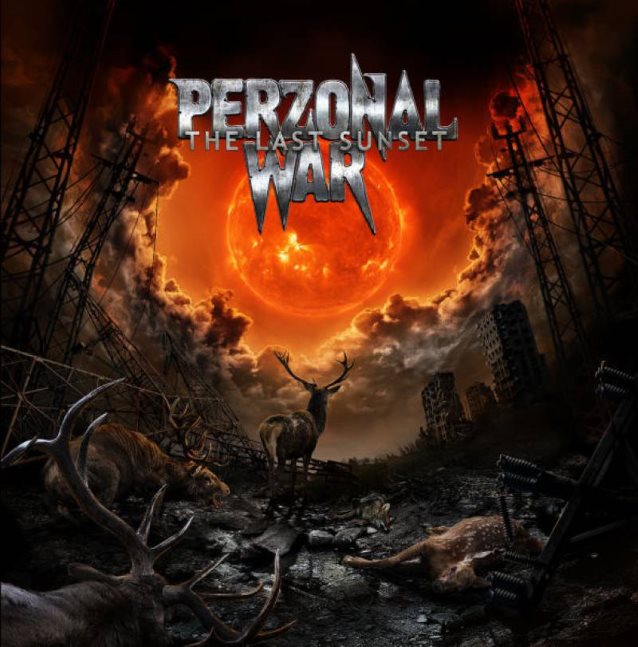