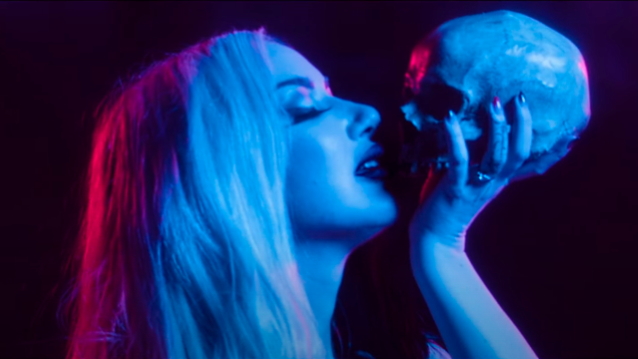 NEW YEARS DAY has released the official music video for "Skeletons". The song is taken from the band's latest full-length album, "Unbreakable", which was released in the spring of 2019 to critical acclaim. The band enlisted powerhouse producers Mitchell Marlow (ALL THAT REMAINS, IN THIS MOMENT) and Scott Stevens (HALESTORM, SHINEDOWN) to create an album that combines heavy rock with pop sensibilities. Upon release, "Unbreakable" trended #1 on the iTunes rock chart, celebrated over 18 weeks on Billboard's Current Hard Music Albums chart. The singles "Shut Up" and "Come For Me" became the band's first two active radio hits. The album surpassed 20 million global streams, establishing NEW YEARS DAY as a force to be reckoned with. NEW YEARS DAY celebrates a 10-plus-year career with over 80 million global streams, 45 million YouTube views and a top 15 Billboard Mainstream Rock-charting hit.

"It's clear to me that 'Skeletons' is a favorite along the NYD fan community since day one," states singer Ash Costello. "Something about this song resonates. The right mix between heavy, soft, strong and soft vocals really made it stand out on our record from the rest.

"The song is about opening up and letting you who hide inside come out, so for that reason, I performed the song alone on the music video. It's tough because it makes you vulnerable as a rock front woman to be without you band but it changed the performance into something pretty unique from out other music videos. I hope everyone enjoys it.