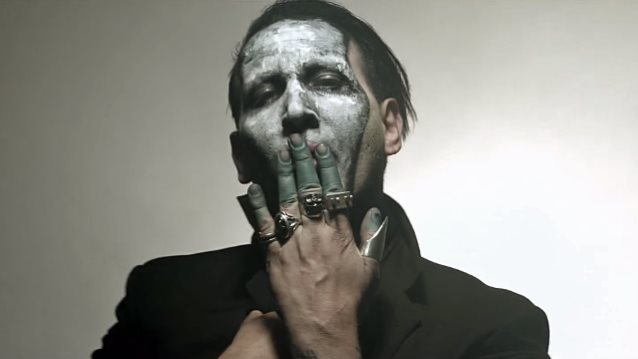 MARILYN MANSON's video for the song "Third Day Of A Seven Day Binge" can be seen below. The track is taken from the shock-rocker's latest album, "The Pale Emperor", which was released on January 20 via the singer's own label — Hell, etc. — in a joint venture with Cooking Vinyl and Loma Vista Recordings.

Manson has teamed up with SMASHING PUMPKINS for "The End Times" co-headlining tour. They hit the road together starting July 7 in Concord, California, and ending on August 8 in Cincinnati, Ohio.