Acclaimed Canadian hard rock trio DANKO JONES has released the official music video for its new single, "We're Crazy". The song marks the first taste of DANKO JONES's forthcoming, as-yet-untitled new album, which will be released in the spring via M-Theory Audio (U.S.), Rise Above (UK), Indica (Canada, Australia, New Zealand) and AFM (rest of the world). The track — which the group has performed live in recent months during appearances at major European festivals such as Summer Breeze and Copenhell — was recorded with Richardson earlier this year. The group is currently tracking additional material with the famed producer at The Farm Studios in Vancouver, British Columbia.

"The video for our new single, 'We're Crazy', is a glimpse into the wild and crazy world of touring," DANKO JONES's frontman and namesake said. "It's non-stop, it's rapid-fire and it's never dull."

DANKO JONES — which will tour Europe from November 14 through December 15 — has also confirmed its first tour of 2019, which will see the group headline throughout the Western United States with support from NASHVILLE PUSSY and PRIMA DONNA. Tickets will go on sale Tuesday, September 25.

DANKO JONES's latest album, 2017's "Wild Cat", cracked the sales charts in Canada and eight European territories, achieving the group's highest chart positions yet in Germany, France, Belgium and Switzerland. Upon its release, lead single "My Little RNR" became one of the fastest-streaming songs of the band's career and has since become a live staple.

Over the years, DANKO JONES has earned extensive praise for their visceral live shows and attitudinal, libidinous rock. The group's best-known material includes "Had Enough", which earned the group their first gold and platinum singles in Sweden and has racked up more than 13 million Spotify streams; "Gonna Be A Fight Tonight", which WWE used as the official theme song of the 2015 "Royal Rumble"; and "Lovercall", their first of seven singles to crack the U.S. Active Rock Top 40. 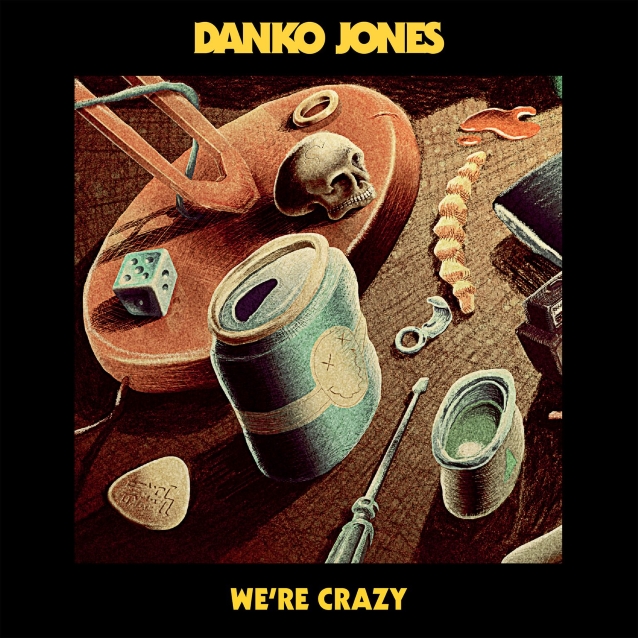