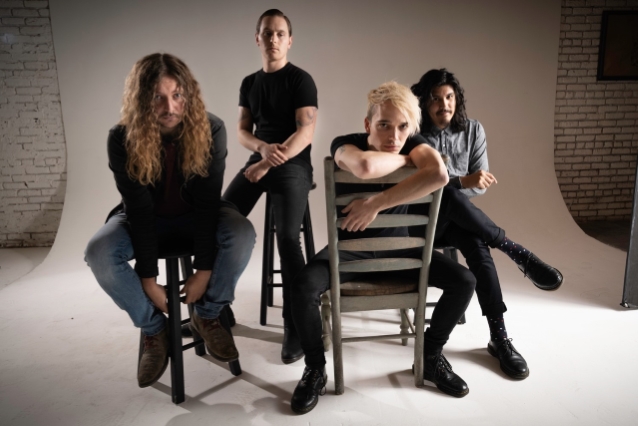 BADFLOWER has released the official music video for the song "Promise Me", taken from the band's critically acclaimed debut album, "OK, I'M SICK". The track's expressive lyrics and smooth guitar riffs punctuate its message about holding on to love and the hope of youth.

BADFLOWER frontman Josh Katz stated about "Promise Me": "The concept of growing old scares the hell out of me. The thought that I won't have my youth forever, that things like love and heartbreak might not be as powerful as they once were... This video is very important to me because it confronts those fears. I hope to have the spirit of the characters we've created in this video. I hope to stay young at heart no matter what happens throughout the course of my life."

Released in February via Big Machine/John Varvatos Records, "OK, I'M SICK" debuted at No. 6 on the Hard Rock Albums chart with 7,000 equivalent album units earned. The disc was written and recorded in Los Angeles.

Through their deeply personal music, the album navigates subjects including anxiety, abuse, depression, social media and politics. The group produced a body of work that perfectly encapsulated the issues of its time.

Katz told Billboard about "OK, I'M SICK": "There's a lot of heavy lyrical content — honest, no filter, very emotive. We're a rock band, so it's a lot of guitar-driven stuff, but also there's a lot of down-tempo stuff — I guess ballad would be the word to use, but I don't really like that word. We really weren't trying to impress people on a musical level; we were just trying to be genuine and make something that sounded right and felt right."

In addition to its own headlining dates, BADFLOWER recently toured with NOTHING MORE and will join SHINEDOWN for the summer leg of the 2019 "Attention Attention" world tour, beginning on June 21 and ending on July 27.