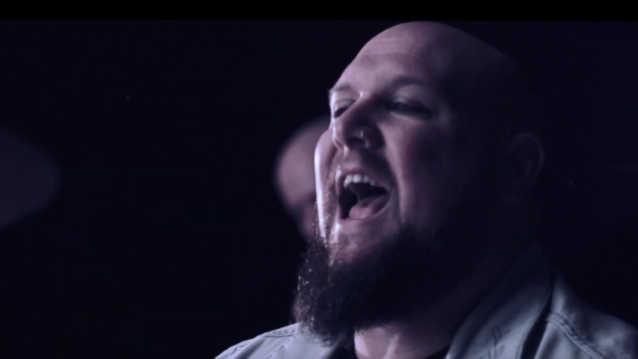 ATREYU's music video for the song "House Of Gold" can be seen below. The track is taken from the band's latest album, "In Our Wake", which was released last October via Spinefarm.

Says ATREYU: "'House Of Gold' is a really important song on the album. This song is about finding pure love. For us, that was through our children. It's finding something or someone that truly gives you purpose.

"For this video, we didn't want to take a literal approach and wanted to sort of just go off the rails. This is an extension of the video aesthetic we've dove into so far on this record but with a sort of comic book alternate reality twist. The director, Monte Legaspi, really made this his own and created something truly unique."

Last month, ATREYU guitarist Travis Miguel told the "Mike James Rock Show"that the band will probably begin work on the follow-up to "In Our Wake" in early 2020. Travis also talked about ATREYU's musical diversity, saying: "We're not a one-trick pony. We can do other things, and we're going to do other things. 'Cause if we were just repeating ourselves over and over again, it would get extremely boring for us as the band and probably for the listeners too. It would be like, Okay. Great. Here's another ATREYU album. I know exactly what it's gonna be.' And some bands can pull that off. But we wanna explore different things.

"It's always good to not forget your past or deny your past, or whatever, but it's also just as important, if not more important, to keep looking forward," he added. "And that's pretty much our plan."

ATREYU singer Alex Varkatzas skipped the band's recent European tour. The vocalist explained in a statement that he "aggravated a damaged disc" in his back prior to the band's "Spring Invasion" tour with MOTIONLESS IN WHITE and said that a "surprise" diagnosis of inguinal hernia added to his woes.

Drummer Brandon Saller — who shares lead vocals with Varkatzas in ATREYU — and bassist Marc McKnight took care of the singing on the European tour, with Varkatzas tentatively due to return to the group in time for this summer's Rockstar Disrupt trek.