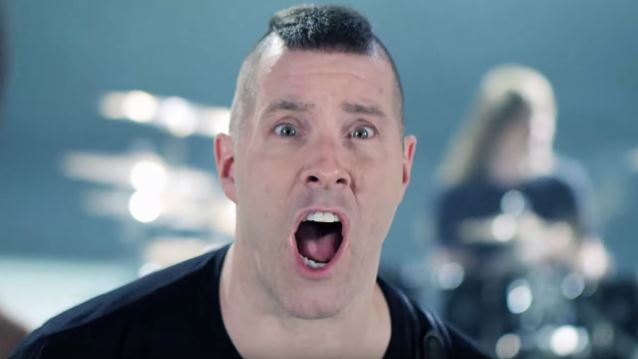 The official video for the "Suicide Society" title track can be seen below. Waters states about the clip, which was shot in East Germany: "Lyrically, the opening line says it all: 'Welcome to the dark side of the human race.' Originally, the song was just another subject to write about ... but when I sat down and really got into it, I actually be me pretty disgusted with what we, as the human race, have done/are doing to each other, the planet and all life on it. Musically, there is a groove and riff style that I haven't heard before in my writing; I guess that's why this one stands out to me! We hope you like it, fellow metal fans."