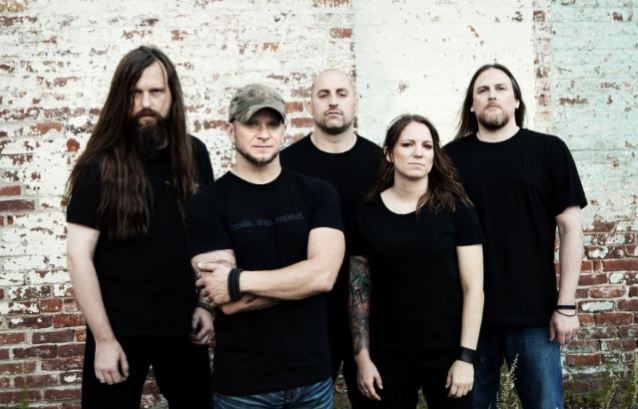 ALL THAT REMAINS's music video for the song "For You" can be seen below. The clip was directed by Daniel Kaufman and explores the concept of the effect of a volatile marriage on a child. The video adds a unique twist to the story: telekinesis.

"For You" is taken from ALL THAT REMAINS's latest album, "The Order Of Things", which was released on February 24 via Razor & Tie. The CD follows up the group's 2012 effort, "A War You Cannot Win", which featured the massive rock singles "What If I Was Nothing" and the chart-topping "Stand Up".

Asked if ALL THAT REMAINS has already commenced the songwriting process for the follow-up to "The Order Of Things", the band's singer, Phil Labonte, recently told the Q103 radio station in Albany, New York: "Me and Josh Wilbur, who is the guy that produced 'The Order Of Things', me and him have got a couple of ideas that we were messing with that didn't make it on 'The Order Of Things', but I think it's really all we have kind of together."