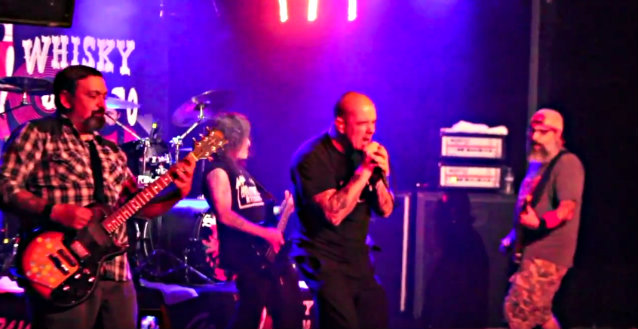 Video footage of former PANTERA and current DOWN frontman Philip Anselmo's SUPERJOINT project — previously known as SUPERJOINT RITUAL — performing on April 27 at the Whisky A Go Go in West Hollywood, California can be seen below (filmed by Jake Perry).

SUPERJOINT kicked off the second leg of its "Caught Up In The Gears" U.S. tour on April 21 at Alamo City Music Hall in San Antonio, Texas. The eighteen-date journey is working its way west, ending on May 14 in Dallas, Texas. Support is again provided by Motor City thrashers BATTLECROSS and noise rock eccentrics CHILD BITE, also of Detroit, who both trekked out with SUPERJOINT during the first leg of the tour in January.

SUPERJOINT's new album, "Caught Up In The Gears Of Application", was released in November via Anselmo's Housecore record label. The disc was recorded at Philip's New Orleans-area studio, Nodferatu's Lair and was produced by Anselmo and Stephen Berrigan. The effort was mastered by Scott Hull (AGORAPHOBIC NOSEBLEED, PIG DESTROYER) at Visceral Sounds.

Anselmo stated about "Caught Up In The Gears Of Application": "The overall theme [of the album] means many things, or no things, but there is an underlying message regardless, about how modern technology — computers and all that comes with them, mainly — has affected our lives. As a musician, it has affected my life both negatively (music being stolen) and positively (being in touch with fellow musicians around the world and staying visible). But when looking at the broader spectrum, computer-land has given everyday people a platform in which to bellow like carnival barkers about anything and everything, humdrum or political, whether qualified or not, some with good intentions, some with disingenuous intentions, and some with ideas that lay somewhere in the middle, creating a mishmash of results." 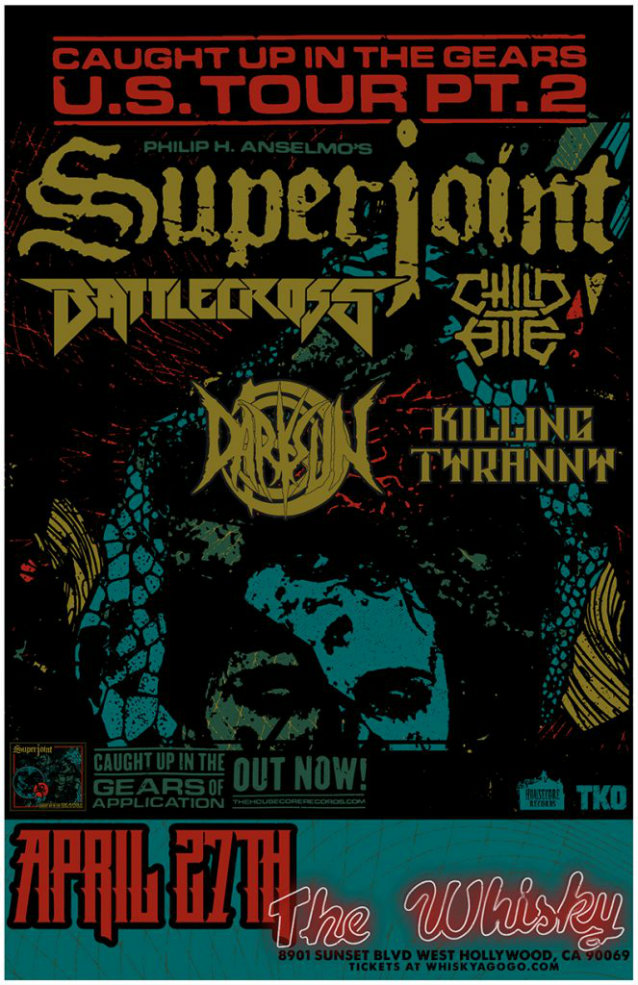