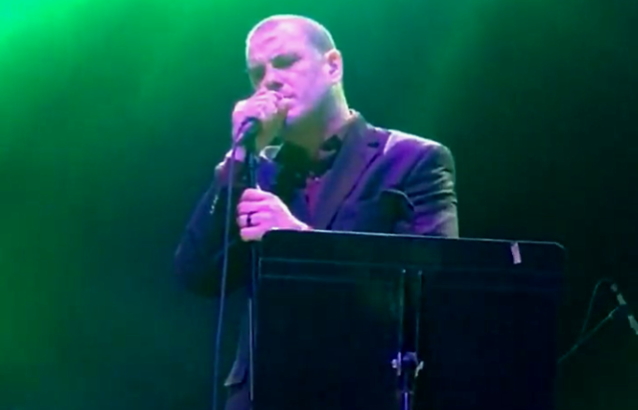 Philip Anselmo's EN MINOR played its second show ever Friday night (August 16) at the Psycho Las Vegas festival at the House Of Blues in Las, Nevada. Fan-filmed video footage of the concert can be seen below.

The Psycho Las Vegas performance took place just two days after EN MINOR made its live debut at One Eyed Jacks in New Orleans, Louisiana. That show served as the release party for EN MINOR's debut seven-inch, which was released on August 2 via Housecore Records.

EN MINOR's single serves as the precursor to the band's full-length debut, set for release later this year.