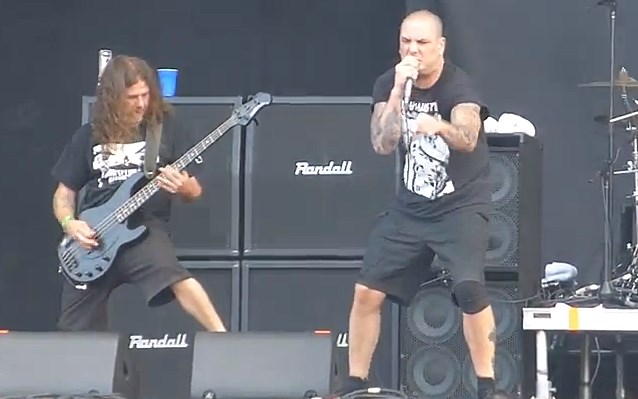 Fan-filmed video footage of former PANTERA and current DOWN singer Philip Anselmo performing on August 11 at the Heavy MTL festival at Parc Jean-Drapeau in Montreal, Quebec, Canada can be seen below.