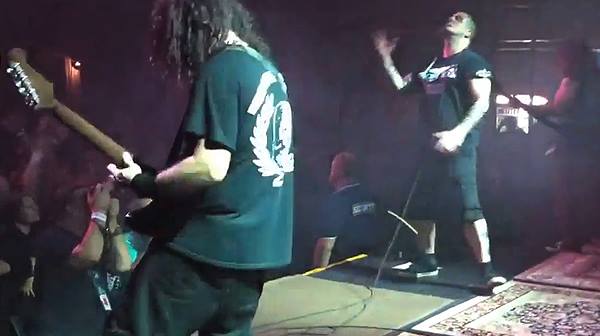 Fan-filmed video footage of former PANTERA and current DOWN frontman Philip Anselmo and his solo band, THE ILLEGALS, performing on October 27 in Austin, Texas as part of Anselmo's Housecore Horror Film & Metal Festival can be seen below.