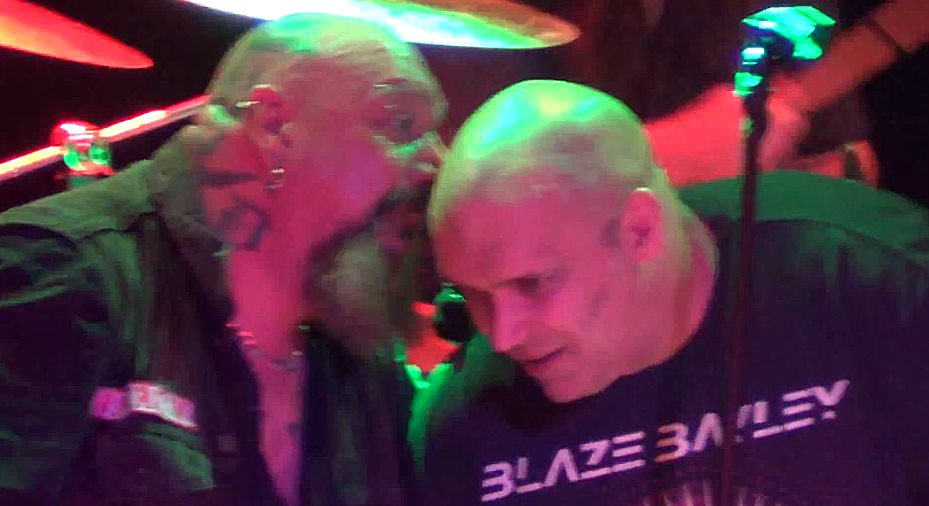 Fan-filmed video footage of former IRON MAIDEN singers Blaze Bayley and Paul Di'Anno — who are currently on the road together — performing MAIDEN's theme song, "Iron Maiden", on November 14 at Tavastia in Helsinki, Finland can be seen below.

Bayley and Di'Anno previously toured together in Russia and Australia/New Zealand last year. Asked how the trek came about, Blaze told Metal-Rules.com, "I had put it off for years as once before it had been suggested, but it didn’t feel right at the time. Also, when I had my full-time band, it was exclusive. No one in the band could do anything else, and that included me. There was a lot of things that I wanted to try, but I couldn’t do it as I was committed to staying with my full-time band. This offer came up, and I had done a couple of festivals on the same bill as Paul, and it was offered as a co-headliner, not as a support, switching the headliner every night. Paul was also OK with that and it also wasn't just all my MAIDEN stuff — it was a lot of my stuff from my own albums — so I could choose my setlist, to a certain degree, and also include my popular MAIDEN material also. It felt good to do it and say yes! It was also in Russia, a very difficult place to get into. The fans are great but it's very difficult to get in touch with them. Sometimes even to let them know that you are playing! I thought that it would be an opportunity for me, but on my last trip, there was poor promotion; I hardly played to anybody. I thought this time it would be different as all the shows were full, reaction was great and I played to a lot of new people. These people knew about me from IRON MAIDEN but had never seen me live. I came away from the tour after playing to my target audience and new people who had never previously seen me live; it was really good, Paul and I both enjoyed it."

Bayley added, "[Di'Anno is] a very funny guy with a dry sense of humor and we gave each other plenty of space, as we are both experienced with different opinions of IRON MAIDEN. It worked well." 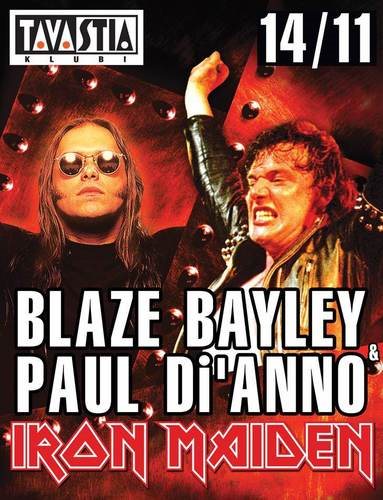