On October 3, original KISS drummer Peter Criss got behind the kit during his appearance at "DW Day" at Guitar Center's Union Square location in New York City. Check out video footage and photos of the event below.

PETER CRISS ON THE DRUMS!! 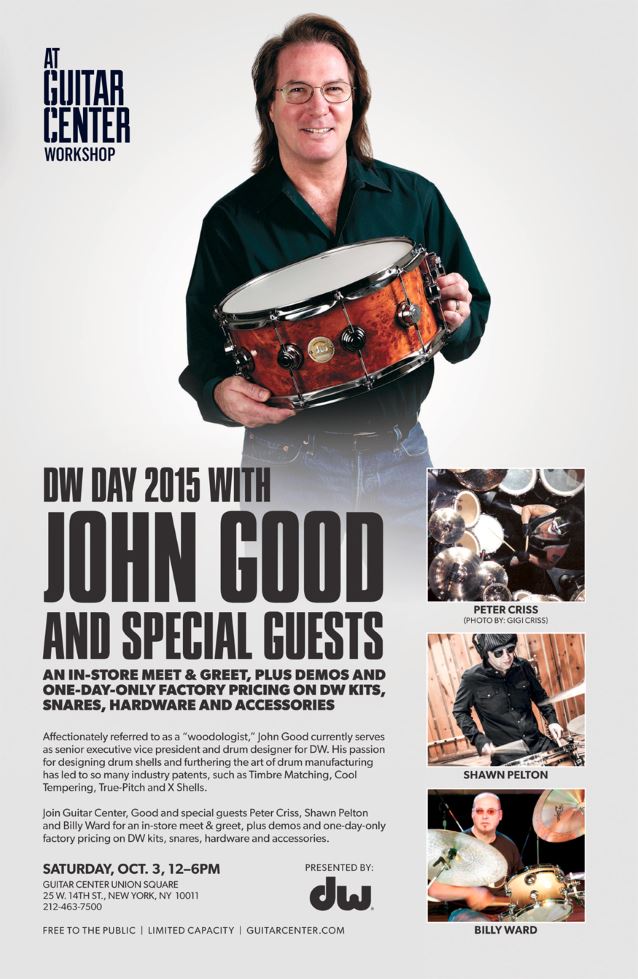