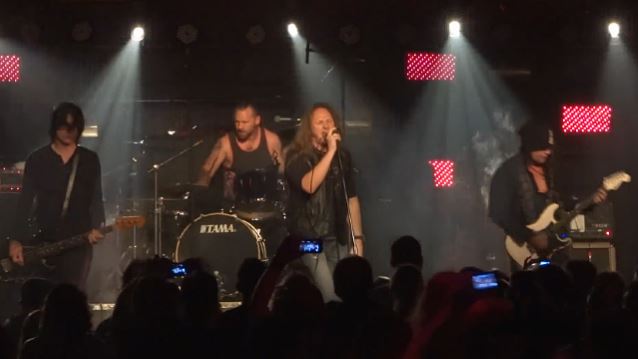 Fan-filmed video footage of RED DRAGON CARTEL, the band led by former OZZY OSBOURNE and BADLANDS guitarist Jake E. Lee, performing on April 19 at 37 Main in Johns Creek, Georgia can be seen below.

Bassist Greg Chaisson announced his departure from RED DRAGON CARTEL last month. He said in a statement: "I'm afraid to say real life just jumped right up and got in the way of my good time. I can no longer take any more time away from my regular job. I want to thank everyone in the RED DRAGON CARTEL organization, and most of all, my best friend Jake E. Lee. And a very special thanks to all of you who have treated me so great! They will continue on without me and it will be fantastic as always."

RED DRAGON CARTEL in March announced the departure of singer Darren James Smith. He has since been replaced by Michael Beck. 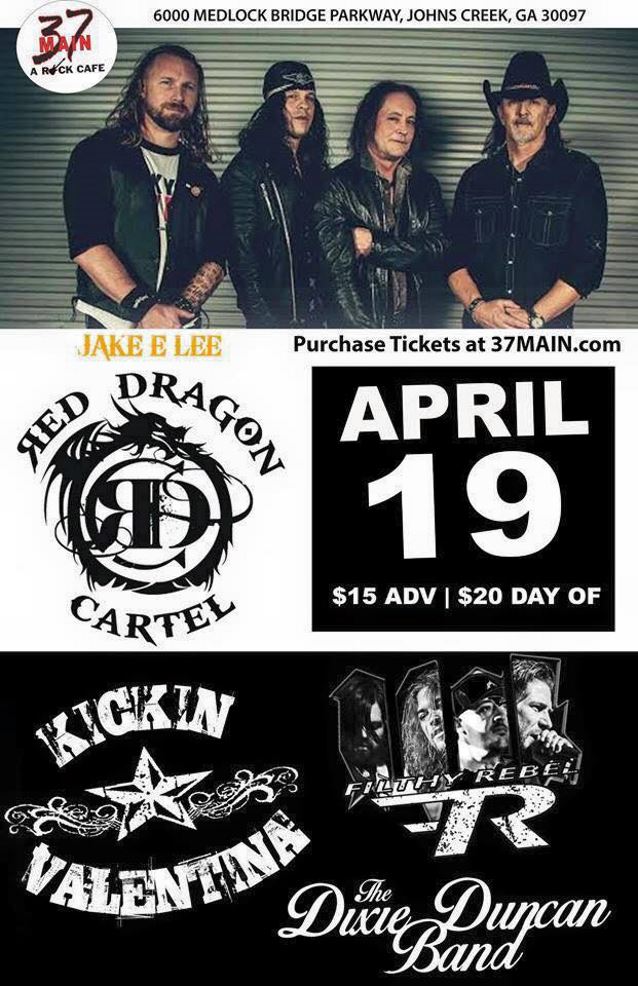