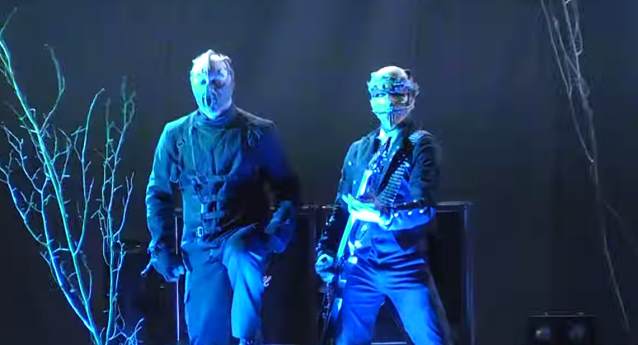 Fan-filmed video footage of MUSHROOMHEAD's May 2 performance at the Hard Rock Moscow Festival at Green Theater in Moscow, Russia can be seen below.

MUSHROOMHEAD will release its eighth studio album, "The Righteous & The Butterfly", on May 13 via Megaforce Records. Recorded in Cleveland, the band produced the record with longtime co-producer Bill Korecky. The CD consists of 14 tracks, ranging from songs about survival and balance ("Devils Be Damned", "Qwerty", "Son Of 7") to emotionally charged anthems ("For Your Pleasure", "Worlds Collide") to a riff-heavy rendition of Adele's No. 1 hit "Rumor Has It". 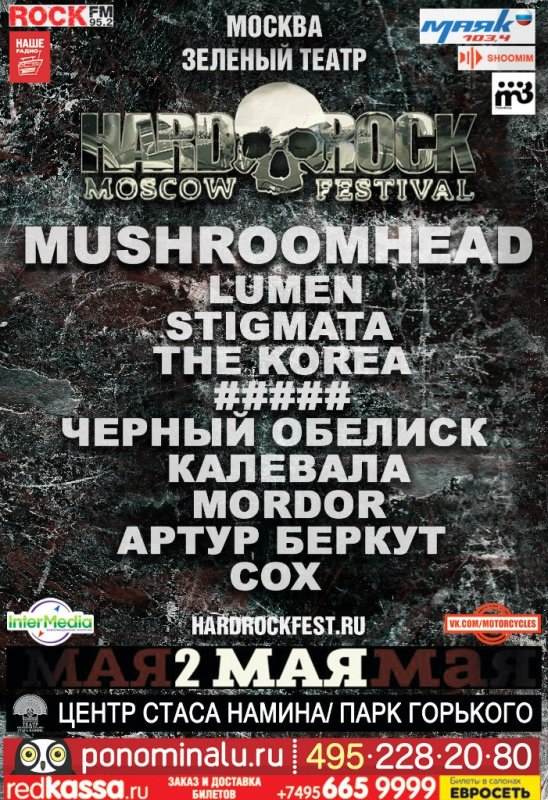