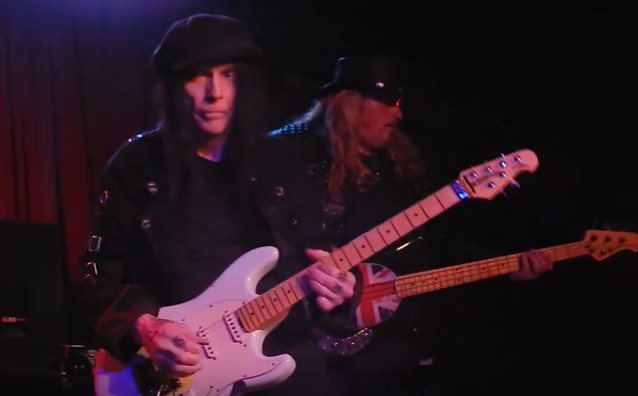 MÖTLEY CRÜE guitarist Mick Mars joined Kenny Olsen on stage on June 23 at Ernie Ball Music Man Pickers' Paradise party at Mercy Lounge in Nashville, Tennessee to perform a couple of rock classics, including LED ZEPPELIN's "Rock And Roll" and "Hey Joe", written by Billy Roberts but popularized by Jimi Hendrix. Video footage of Mars's appearance can be seen below.

The Ernie Ball Music Man Pickers' Paradise party was part of the summer NAMM show, which s a musical instrument extravaganza, a gathering of the industry's top dealers who introduce their new products and organize star-studded events and concerts for the public to enjoy.

Mars earlier in the year released snippets of two new songs, apparently called "Gimme Blood" and "Shake The Cage". The tracks, which were recorded at Blackbird Studio in Nashville, Tennessee, also feature former MÖTLEY CRÜE singer John Corabi, who was featured on the band's 1994 self-titled album.

Asked what he planned on doing after MÖTLEY CRÜE retired from touring, Mars told Edmonton, Alberta, Canada's 100.3 The Bear radio station: "A solo record. People have been asking me for that for years and years and years. And 'Why hasn't Mick written a book?' So that, of course, is gonna be in the works. I haven't started anything or figured out who I want to write with me, or help me write it. But doing that kind of a thing. Putting together, probably, a cool band with some cool friends of mine and stuff, and going out and doing some… you know, a few weeks here and a few weeks there, touring… but not as the MICK MARS BAND; I won't do that. [Laughs] You'll see, like, a name, and you'll go, 'Hey, who's that?' 'I don't know' That's the name of the band." 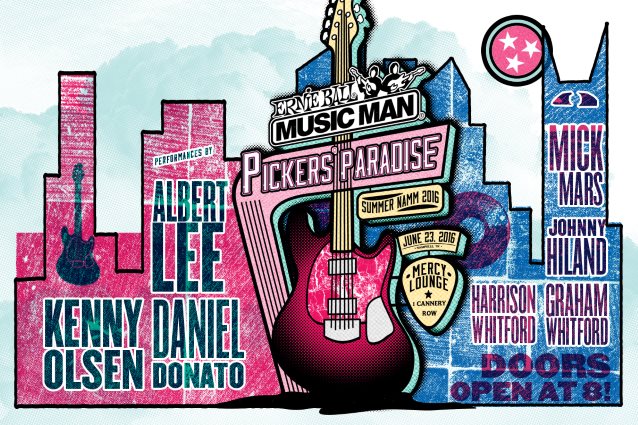