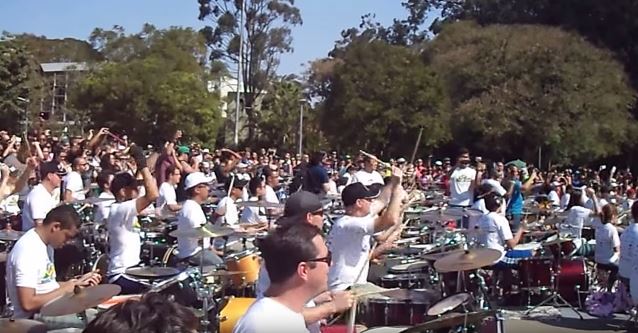 On August 9 at Ibirapuera Park in Sao Paulo, Brazil, approximately 156 drummers, among them women, children, seniors and people of all ages, brought their own drum kits to play along to AC/DC and MEGADETH songs as part of Bateras 100% Brasil, a project conceived by drummer Dino Verdade, owner of the biggest drum school franchise in Brazil, Bateras Beat.

The project's goal is to gather as many drummers as possible to play together their own music and big hits, with the principle of sharing a killer groove.

The project attempted to set a new Guinness World Record as the band with the largest number of drummers playing along. 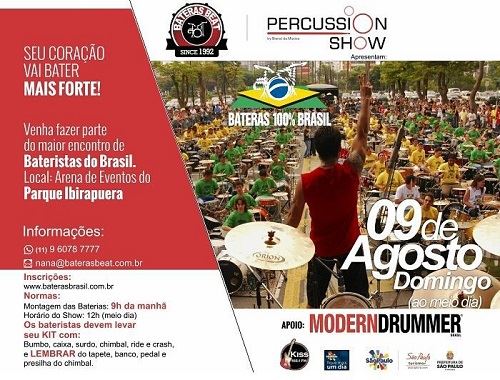