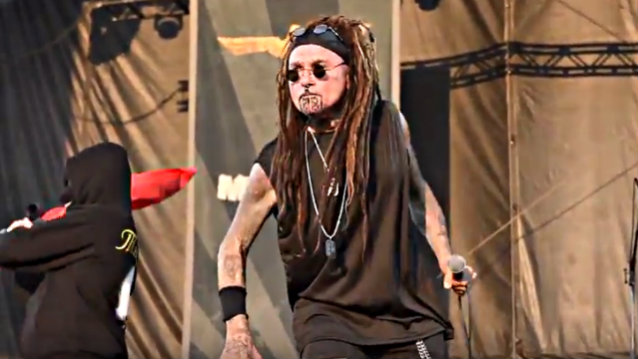 Industrial metal veterans MINISTRY played a new song called "Antifa" during their September 15 appearance at this year's edition of the Riot Fest at Douglas Park in Chicago, Illinois. Video footage of the performance can be seen below (courtesy of In The Loop magazine).

"Antifa" is expected to be included on MINISTRY's next studio album, "AmeriKKKant", which will tentatively arrive in early 2018. The disc will feature guest appearances by DJ Swamp (Beck), Burton C. Bell (FEAR FACTORY), Arabian Prince (N.W.A.) and Lord Of The Cello. 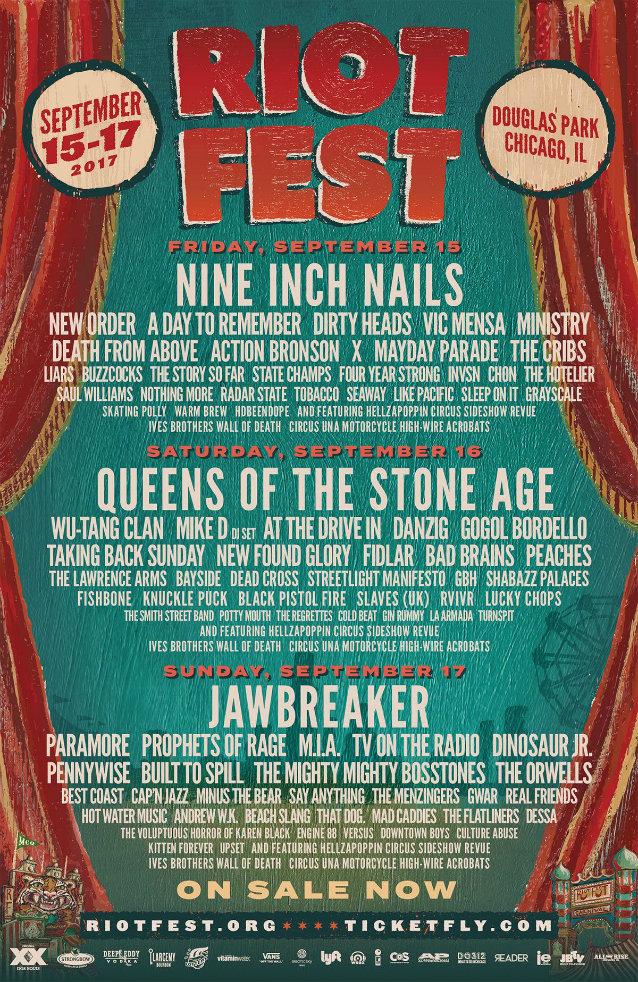