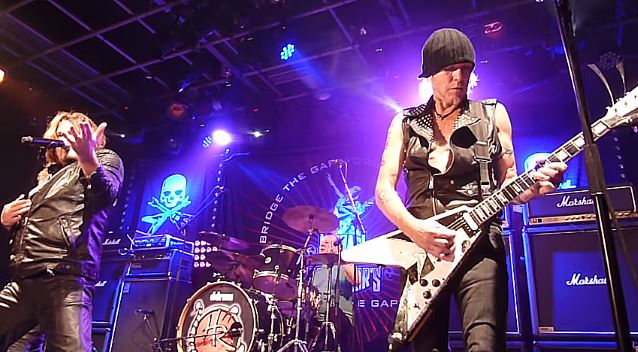 Fan-filmed video footage of MICHAEL SCHENKER'S TEMPLE OF ROCK, the band led by legendary German guitarist Michael Schenker (SCORPIONS, UFO), performing a brand new song, "Vigilante Man", on November 14 at Le Forum in Vauréal, France can be seen below. The track will appear on MICHAEL SCHENKER'S TEMPLE OF ROCK's next studio album, titled "Spirit On A Mission", which is tentatively due in early 2015.