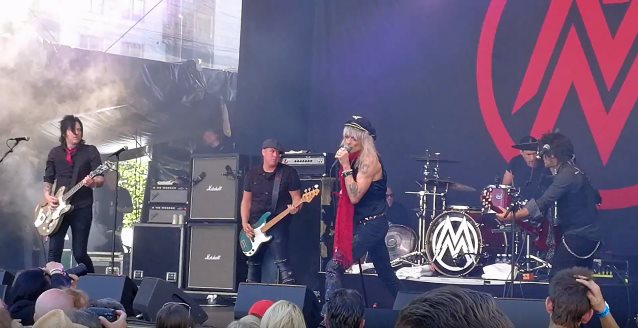 Fan-filmed video footage of Michael Monroe's July 15 performance at the Lahden Yöt festival in Lahti, Finland can be seen below.

The former HANOI ROCKS frontman has just released "The Best", the first official collection of his (ongoing) solo musical exploits, featuring prime tracks from 1987 right up to 2017. It arrived June 30 via Spinefarm.

"This album is a great representation of my thirty-year solo career, including four songs from the Little Steven-produced DEMOLITION 23 album, which has been unavailable for over 20 years, plus some special rarities and previously unreleased bonus tracks," Monroe said.

Over his three-decades-plus in the spotlight, Monroe has befriended and performed with a whole host of artists and acts, including GUNS N' ROSES and Slash; Lemmy, Alice Cooper, AEROSMITH, Little Steven and Ian Hunter.

The frontman has shared stages and studios with them all, but since that first break-up of HANOI in the mid-'80s, he's essentially been pursuing his own path, and it's this solo activity that forms the basis of "The Best". It's almost two hours' worth of career-spanning music, re-mastered by Svante Forsbäck and sequenced by the great man himself.

As well as key, high-profile numbers such as "Dead, Jail Or Rock 'N' Roll" (from second solo album, 1989's "Not Fakin' It", the promo clip for which features an onstage cameo from Axl Rose) and "'78" (from 2011's "Sensory Overdrive", voted "Album of the Year" by Classic Rock magazine), this two-CD set also showcases some "from the vaults" moments for collectors and completists, with bonus tracks and previously unreleased songs strategically placed to make the journey both scenic and surprising.

"There's a couple of extra special tracks like 'It's A Lie', sung as a duet with Stiv Bators (DEAD BOYS, LORDS OF THE NEW CHURCH) back in 1985, and a never-before-released second version of the STEPPENWOLF cover 'Magic Carpet Ride', featuring Slash, left over from the 'Coneheads' soundtrack project that Slash did with me in 1993. And since Slash has the biggest heart of gold in rock 'n' roll, he was kind enough to allow me to use it on this album. God bless him!," said Monroe.

Two other previously unreleased songs are "Fist Fulla Dynamite" and "Simpletown", outtakes from the "Blackout States" album (2015); plus there's the new single "One Foot Outta The Grave" — an anthem of pure defiance — to bring things nicely up to date, showing the artist's continued commitment to a genre. 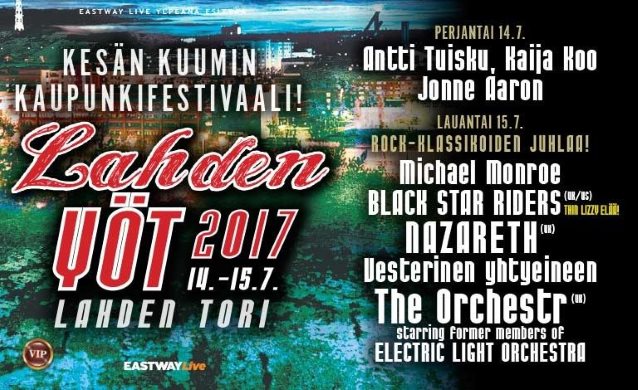