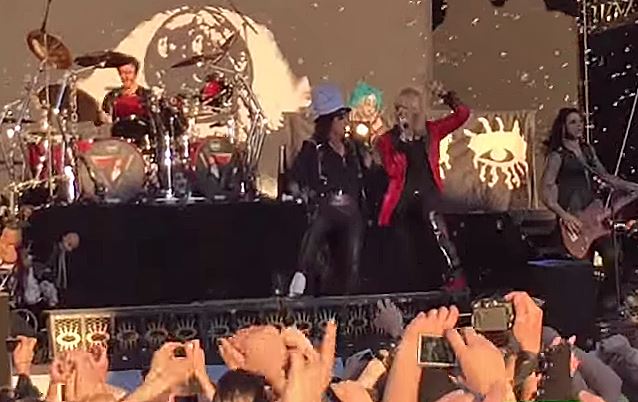 Former HANOI ROCKS frontman Michael Monroe joined Alice Cooper on stage yesterday (Sunday, June 28) at the Tuska open-air festival in Helsinki, Finland to perform the classic Cooper song "School's Out". Fan-filmed video footage of his appearance can be seen below.

Michael Monroe will release his new studio album, "Blackout States", on Friday, October 16 via Spinefarm Records. The 13-track follow-up to 2013's "Horns And Halos" was produced by Chips Kiesbye (HELLACOPTERS, NOMADS) in Gothenburg, Sweden, and mixed by Petri Majuri in Helsinki, Finland.