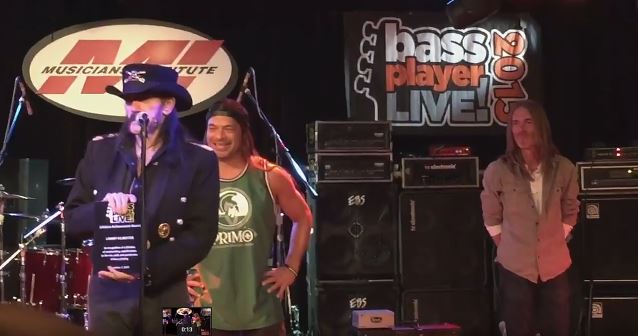 Video footage of Lemmy accepting the Bass Player Lifetime Achievement Award from Trjillo can be seen below.

Asked if there an album or tour cycle that was the most rewarding or enjoyable for him in MOTÖRHEAD's four-decade history, Lemmy told Loudwire: "I don't know, I can't remember all of them. Being in the studio for 40 years, it seems to me the most fun one was probably the first one, because you're new at it, discovering all these things that you're doing in the studio."

Lemmy told A.V. Club about MOTÖRHEAD's non-experimental musical approach: "Oh, it's paid off in dividends for us and for quite a few other bands like STATUS QUO. There's been a lot of bands who've stuck to their original idea and it usually helps them out. It's when bands like to switch to what they aren't or what they think they are that's bullshit. It really turns out to be bullshit in the end. People changing because they think they should is not a good idea, because I just don't think they should, really. [Laughs] It's something I thought was a good idea in the beginning. Why change it? [Laughs] People seem to keep liking it, though we've done a few departures. We've made bad albums in the past, and people have bought them. I don't know. I don't care. I'm just grateful for it." 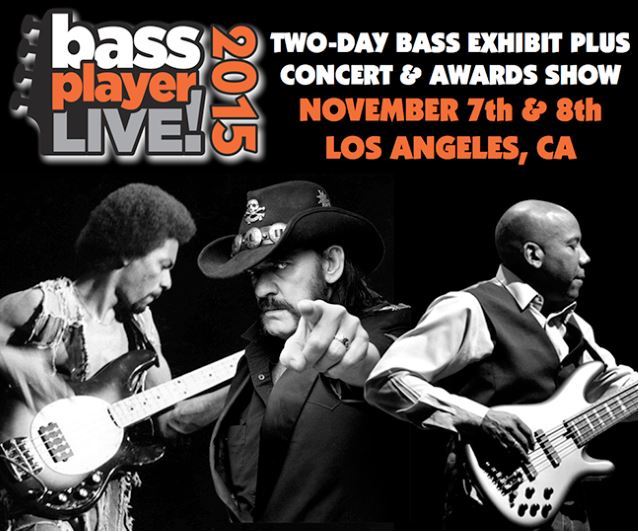