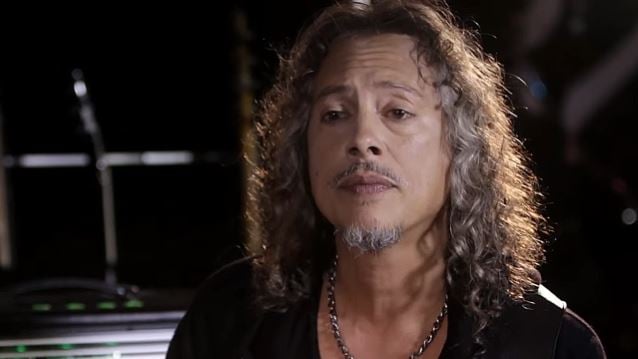 Musician's Friend has uploaded a three-and-a-half-minute video clip of METALLICA guitarist Kirk Hammett talking about and demoing his Randall KH103 signature amplifier. Check it out below.

"I was using the modular amps, but I realized I needed something extra durable to take out on the road," Hammett said about the new amp. "The KH103 is what I was looking for. It's point to point and hand soldered and made so well. It has these amazing gain stages, which really make the amp sound above and beyond."

The KH103 was born out of three years of meticulous prototyping with famed amp designer Mike Fortin. The 120-watt three-channel all-tube amp has been road tested and refined through some serious gigs, including the "Big Four" Yankee Stadium concert in 2011, as well as tours through Abu Dhabi, India and METALLICA's 30th anniversary shows in 2011 at the Fillmore in San Francisco.

"When Mike first came over with this new amp design, I plugged it in and fell in love," Hammett said. "It instantly became a part of my sound. That amp is basically the sound you hear in the movie 'Through The Never' [METALLICA's 2013 IMAX concert film]. It's a part of my touring sound and will be a part of my recording sound in the future. It's a great-sounding amp. It's given me the tone I've been chasing for a long time." 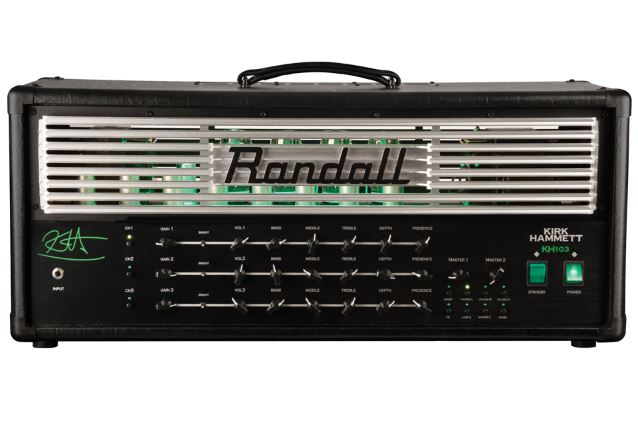