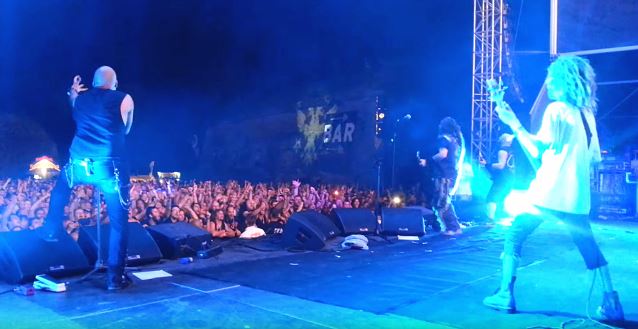 Ashmedi of Mesopotamian black/thrash pioneers MELECHESH joined SOULFLY on stage on August 5 at the Brutal Assault festival in the Czech Republic to perform the SEPULTURA classic "Territory". Video footage of his appearance can be seen below.