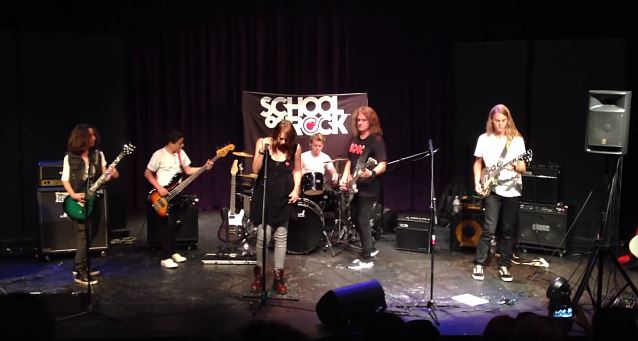 MEGADETH bassist David Ellefson jammed with the School Of Rock Fairfax house band in Los Angeles, California on Friday, August 21. Video footage of his appearance can be seen below.

MEGADETH recently finished recording its fifteenth album in a Nashville studio for a tentative late 2015 or early 2016 release. The production duties on the follow-up to 2013's "Super Collider" were handled by MEGADETH mainman Dave Mustaine and Toby Wright (ALICE IN CHAINS, KORN). The CD is currently being mixed by Josh Wilbur, who has previously worked with LAMB OF GOD, ALL THAT REMAINS and GOJIRA.